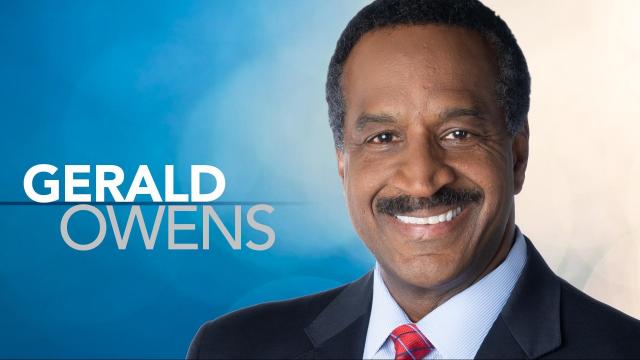 Professional Experience:
I built my news philosophy through an internship at ABC News "Nightline" during Operation Desert Shield in 1990. There's nothing like being upfront at a major news operation during one of the biggest stories of the century.

My first job in television was in 1993, as a reporter trainee at WUSA-TV in Washington, D.C. It was a hands-on, day-to-day, reporting job. From there, it was on to WTKR-TV in Norfolk, Va., in 1995. I was a political reporter/anchor for three years. After that, I then returned to WUSA-TV and spent three years as an anchor on the morning show. Afterward, I tried something new: sports reporting. I played basketball in college, and it was a chance to take a break from news for a year, to try something that came naturally to me. During that time, my career path was put into perspective on Sept. 11, 2001. For several months, little else mattered at the TV station or in the country. It made me realize how important news was for my community, and in my life. It's what I was meant to do. I made the switch back to news, and to my next stop, WRAL-TV. I arrived the day before the famous ice storm of 2002. I chose WRAL because I believe it stands for some of the values I try to bring to work every day: integrity, credibility and a sense of community.

News Philosophy:
My integrity is everything to me. Someone, and I don't remember who, said: "Integrity is doing the right thing when no one's looking." I try to live by that at work and at home. If you can't look yourself in the mirror after doing your job, you're not doing your job.

Education:
I majored in business at Guilford College in Greensboro. I was going to be a CEO of a major corporation. Reality set in, and after college, I went to work for a small plastics company in Maryland. I stayed there 13 years, rising to the title of general manager. I reached a point, where a change was necessary. It led me to the journalism department at the University of Maryland. A new course of study, and a new career was ahead. It's the path that led me to WRAL.

Hobbies, Interests & Community Involvement:
I love to play golf, but I'm not very good. My family enjoys riding bikes, camping (in the back yard) and hiking.

Family & Pets:
Wife, Leigh; son, Andrew; daughter, Sydney. My wife's a biologist, so we live with a menagerie of pets, including three dogs, a snake, a tarantula and two horses.

Likes Best About North Carolina:
The clear, blue sky. It sounds stupid, but it seems a little bluer here than in other places. The smell of fresh pine trees in the morning isn't bad, either.

Most Memorable Assignments:
It was actually a self-imposed assignment. On Sept. 11, 2001, I was a sports anchor, sitting at home on my day off when the first plane hit the tower in New York. After the second tower was hit and then the Pentagon just a few miles away from my house, I went to work, because I couldn't sit still. I had to be part of it, in any way I could. This was Dec. 7, 1941, all over again in my own backyard. How could I stay away?