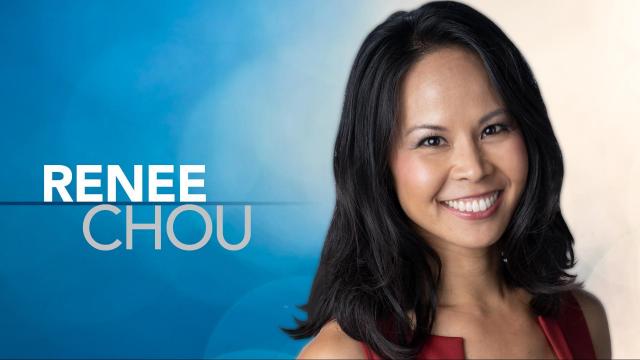 Professional Experience:
The first time I ever visited North Carolina was for my job interview at WRAL. I've fallen in love with Raleigh and now consider it home. I started out as a reporter for the morning news in 2004, working a 1 a.m. to 9 a.m. shift. I worked my way up to the weekend morning and weekend evening anchor positions. In 2014, I was named the weekday morning anchor and in 2016, added the noon news to my anchoring duties. Prior to coming to WRAL, I was an anchor/reporter for KCRG-TV in Cedar Rapids, Iowa... and KOMU-TV in Columbia, Missouri.

Awards & Recognition:
My work at WRAL has earned me three Regional Emmys, including one for General Assignment in 2015. My coverage of Hurricane Sandy along the Outer Banks won a Regional Emmy for Weekend Newscast and “Best Weather Reporting” from the NC Associated Press Broadcast Awards. I also won a Regional Emmy for News Special in 2013, covering the Kathy Taft murder trial. Most recently, I was nominated for a Regional Emmy in 2020 for Best Morning Newscast. My stories have garnered awards from the Radio Television Digital News Association of the Carolinas, Iowa Associated Press Broadcasters Association and Missouri Broadcasters Association.

I love playing tennis, hiking, trips to the beach, and curling up with a good book. I've never been a runner but I enjoy a good cardio, barre or kickboxing workout. I'm obsessed with musicals! Way back in the day I played piano (for 12 years) as well as performed and taught traditional Chinese dance. These days I love spending time with my daughter.

I enjoy emceeing dozens of community events every year, including walks, races, concerts, and panel discussions. I also like visiting schools to read to kids, answer their questions about the news industry, and tell them why I love being a television journalist.

Friendly people, the mild winter, and the fact that you can drive to either the beach or the mountains in just a few hours

--Weathering hurricanes along the OBX (Earl, Irene, and Sandy)