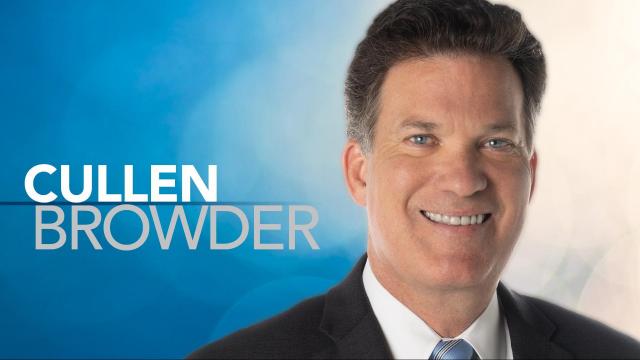 Awards & Recognition:
Cullen is a multiple Emmy award-winner whose reporting has garnered state, regional and national honors. His investigative reports have won awards from the National Academy of Television Arts and Sciences, The Associated Press, and the National E9-1-1 Institute. The Radio Television Digital News Association of the Carolinas named him its inaugural TV Investigative Reporter of the Year in 2020.  Cullen has also been recognized by The Washington Post as one of the best state capitol reporters in America.

News Philosophy:
To be fair and accurate; responsibility to community. Every day, I am a student and a teacher.

Favorite Books & Movies:
Book and movie: "To Kill a Mockingbird"

Likes Best About North Carolina:
This is an incredible place to live and raise a family. There’s a great diversity of people. Plus, it’s wonderful having beautiful beaches and mountains in the same state.

Most Memorable Assignments:
I’ve been honored to work on stories that lead to change in state government. I’m privileged to tell the stories of people battling Alzheimer’s and homelessness. I’m always amazed to see the courage and resilience of people in the face of great adversity.

More About Cullen:
Cullen’s first job out of college was on a fish processing ship in Alaska. He had always wanted to see Alaska and craved an adventure. So, he off-loaded, sorted, cleaned, weighed and packaged black cod and salmon for a summer, traveling around the Aleutian Islands. He then rode from Anchorage to San Diego on a motorcycle.