Roxboro, N.C. — A Roxboro woman celebrated her birthday milestone in an unusual way: She's having her 100th birthday party in a jail cell.

Byrant's birthday makes her an official centenarian. Her friends and family gathered to celebrate had no idea there would be a slight delay in the birthday cake tradition.

Sirens blared as a deputy approached the birthday girl with handcuffs, saying, "Are you Miss Bryant?" 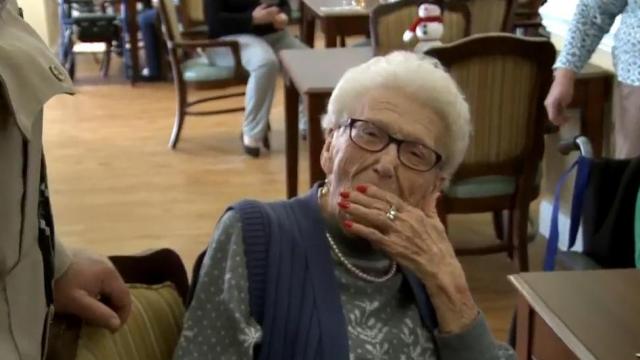 She said, "It all depends on what you want!"

Bryant was in on the gag--including the charge leveled against her.

She'd never been to jail, but in honor of her 100th birthday, she checked an item off the bucket list: Heading to jail in cuffs.

Feisty Bryant 'fought' her arrest, playfully kicking at Roxboro deputies, who threatened to add resisting arrest and assault to the charges. 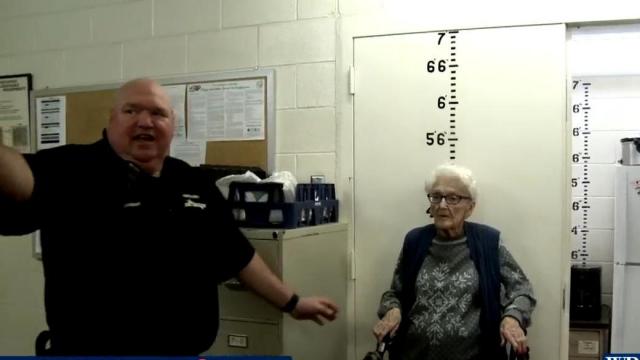 "Don't kick me; I've got a bad knee!" said the deupty, to which Bryant boastfully replied, "I've got two bad knees!"

Even Bryant's own daughter, Marian Oakley, had no idea the party would be like this.

"I know that she is a hundred years old, but I didn't know--" she paused, startled by the siren. "--That they'd be going this far."

All this fuss, bother and fun is Bryant's way of blowing out 100 candles. In the jail cell, she had no cigarettes or jewelry; but she got one phone call and a jail-house portrait for the ages. 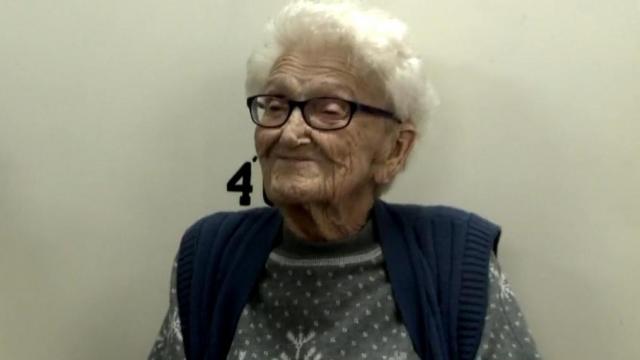 She only spent a few minutes in her jail cell. Then came the gift she always wanted: An orange suit. 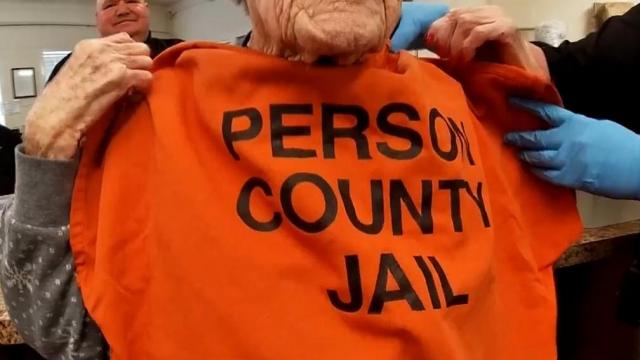 "I'm in the jail-house now! I finally got here!" laughed Bryant, dancing to her own song and showing people how to live life like no one's watching.

And with yet another birthday hug, this time from the chief jailer, Bryant returned to the assisted living center, where residents, friends and family were relieved to see she had done well during her stint in the big house--and they finished out her 100th birthday in a slightly more traditional way: With birthday cake and laughter.