Hurdle Mills, N.C. — A Roxboro man arrested Thursday faces a murder charge in the death of a Orange County woman found dead in her front yard.

Timothy Wade Parnell, 58, was charged with killing Anne H. Kirkpatrick, who was found dead in the front yard of her home at 2509 Brown Road in northern Orange County early on Sept. 8. Investigators said they believe she died three to four hours before an off-duty deputy passing by discovered her body. 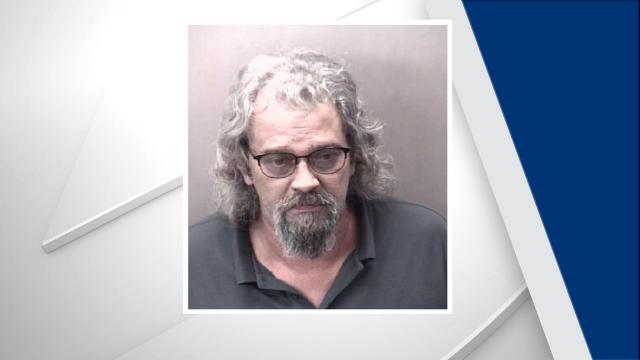 Parnell was being held in the Orange County Detention Center without bond. He also was charged with three counts of violating a domestic violence protective order. He will make his first appearance Friday at 2 p.m. in Hillsborough.

"This investigation was time-consuming and difficult," Orange County Sheriff Charles Blackwood said in a statement. "Although several residents nearby later reported hearing shots earlier that morning, no one called 911, and no one witnessed the murder."

The body of Kirkpatrick was found by an Orange County deputy, who lives in the area.

In a 911 call, the deputy said the woman had "domestic issues" with her ex, who was driving down the road and spotted by the deputy. It was not clear if the deputy was referencing her ex-husband or her ex-boyfriend, identified as Parnell.

"She has a 508 on him," said the the deputy, referencing a protective order the woman had obtained. "She’s beyond help. Looks like she’s got blood on her shirt, maybe shot in the chest or something, possibly."

Deputies said Kirkpatrick had two active domestic violence protective orders at the time of her death. One named her husband, from whom she was separated. The other order required that Parnell stay at least 1,000 feet away from her.

The order cites conduct by Parnell on July 17, when he allegedly became angry when he thought Kirkpatrick looked at another man in a restaurant. After they left the restaurant, he grabbed her by the wrist and neck, frightening her enough that she jumped out of the vehicle and got into a stranger’s vehicle to escape, the protection order states.

Blackwood said both men had alibis. Parnell cooperated with the investigation, submitting to interviews and allowing deputies to search his home and vehicle. Investigators swore out search warrants and obtained evidence requiring analysis. As they worked with that evidence, they discovered inconsistencies in Parnell’s account of his activities, the sheriff said.

“It is a well-known fact that most murders are committed by someone the victim knows,” he said. “Parnell was always high on our suspect list, but we had to wait for the evidence to prove it."