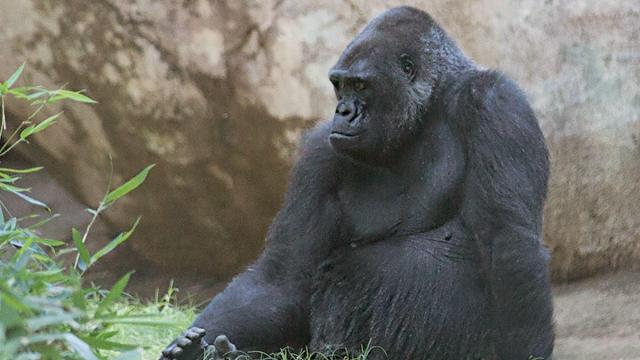 Asheboro, N.C. — The North Carolina Zoo announced on Monday the death of Rosie, their oldest gorilla.

The zoo announced Rosie's death on Facebook, calling her "the matriarch of our gorilla troop."

Rosie was 43 years old and lived for several years at the Cincinnati Zoo and the Henry Doorly Zoo in Omaha before moving to her new home in Asheboro in 2015.

"Rosie was a feisty and at times cantankerous old lady, but she was well respected by her troop members and caretakers,” said Jennifer Ireland, curator of mammals for the North Carolina Zoo.

According to zoo officials, Rosie was humanely euthanized on Thursday because she had developed an aggressive abdominal mass that was inoperable because of her advanced age.

The average life expectancy for female gorillas is 38 ½ years old.

According to the zoo, Rosie's presence was significant. She bore several infants and was known as an excellent surrogate mother who embraced and cared for offspring that were not her own.

“Rosie was the grandma of the troop,” said Jason Balder, a North Carolina Zookeeper. “To sum up Rosie in a few words is very hard to do. She was a very strong lady and very vocal – she always had something to say. All of us keepers will miss her tremendously.”