Raleigh, N.C. — Fayetteville Street has been part of Raleigh since the city was first laid out by William Christmas in 1792. It's a snapshot of Raleigh's culture across the generations.

This thoroughfare through the heart of Raleigh has changed across the decades. Old photos show trolley tracks sharing the road with horse and wagons. But the heart remains the same – a social hub for festivals, parades, stores and restaurants. Generations of young people have fallen in love on Fayetteville Street: Romantic first dates riding the trolley, holding hands at the soda fountain and going for a stroll past its many storefronts.

In honor of Valentine's Day, here's one of the many coming-of-age stories that happened on Fayetteville Street – a classic 1940s love story that unfolded in a vintage five and dime store named McClellan's. 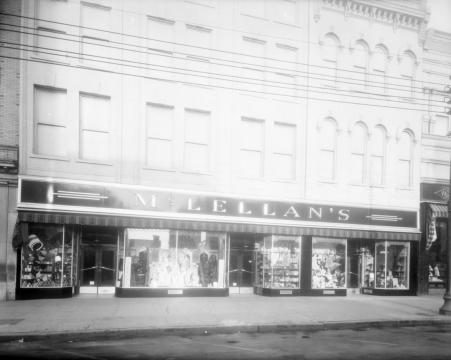 Many people don't remember McClellan's. It opened in 1928 and by 1960 it was gone -- bought out by a similar chain named McCrory's. But it was the site of one of the most important love stories in Raleigh history – that of my grandparents.

McClellan's functioned as the convenience store of the era, offering a lunch counter and fountain, men's and women's clothes, wallets and ties and plenty of trinkets. Old photos show vintage WWII ads offering war savings bonds and deals for the troops.

A child of the Great Depression, Lucille Belle Riggsbee was one of the many young people who found work at McClellan's. She recalled working in the engraving department. An image from the State Archives even reveals a sign hanging over a counter at McClellan's that reads: Make your gifts more personal with initials.

Did my grandmother work behind that very counter? Was she standing there when she caught her first glimpse of her future husband? 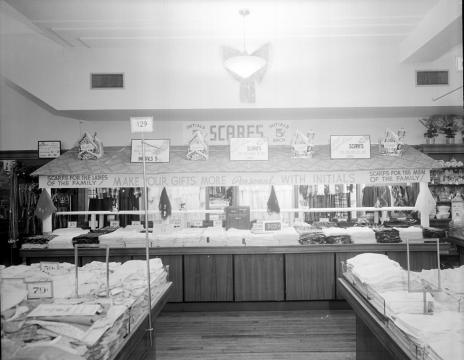 Riggsbee grew up in a mid-sized house on Lake Raleigh Road – just a stone's throw from Western Boulevard and Avent Ferry Road.

"We didn't have heat or air conditioning, so I remember in winter my sisters and I would stay in bed all morning until our brothers got up and warmed up the stove. Then, we'd just huddle in the kitchen all day," she recalled.

She remembered when Western Boulevard had travelers on horse and wagon – including her own grandparents, who never owned a "newfangled" automobile.

After her mother contracted tuberculosis, Riggsbee and her family lived under quarantine in a home right next to where North Carolina State University would build its Centennial Campus. When his wife died, Grandma's father had to step up to raise three girls and two boys all alone. 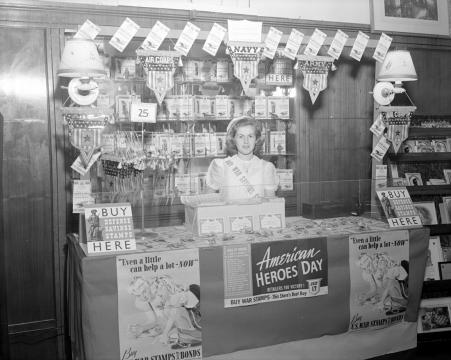 The story of "how they met" is very different depending on who does the telling.

"I was working in the engraving counter, and my co-worker was gossiping about boys. She told me she had a blind date that night and was very nervous," my grandmother told me.

When the co-worker's blind date arrived, he surprised her by having another fellow in the car. He said he couldn't go unless she found a blind date for his friend as well. After quite a bit of coaxing, Grandma said she finally agreed to tag along – to help out her friend, not to meet a new boyfriend.

He had been spending the afternoon with his friend, who had a blind date that afternoon.

Sherry Alexander, the couple's daughter, picks up the story:

"Daddy said he had walked with his friend to McLellan's, and when he saw Mom working inside he was love struck. So the two came up with a flimsy plan to try and make a double date happen," she said.

Despite Riggsbee's initial hesitation, the two were married a few years later. They remained married for more than 30 years, having four children before her husband passed away in his 50s. She lived to have six grandchildren and three great-grandchildren. She visited his grave at Historic Oakwood Cemetery for her remaining years -- and watched decades of Raleigh's growth and change.

Instead of soda fountains and trolley rides, today's lovebirds ride rickshaws hand-in-hand, or go to outdoor concerts in City Plaza. First jobs, first dates and love at first sight – the names and faces change, but, like Fayetteville Street itself, young love remains the same at heart.