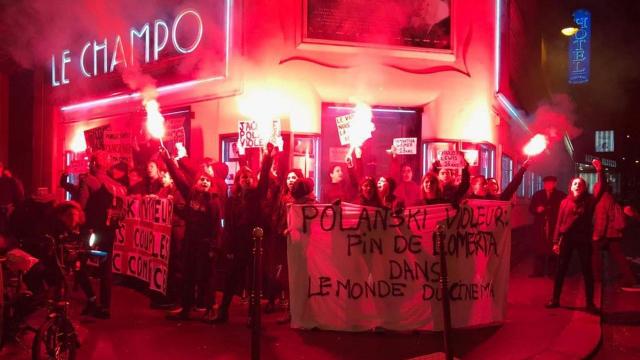 CNN — A French photographer and former actress has accused Oscar-winning director Roman Polanski of violently raping her in the 1970s when she was 18.

In an open letter published by French newspaper Le Parisien last week, Valentine Monnier, who is now 62, described the alleged rape and assault she said happened at Polanski's chalet in the Swiss ski resort of Gstaad in 1975.

Monnier claimed Polanski violently raped her. "I thought I was going to die," Monnier writes in Le Parisien.

Le Parisien spoke with Monnier's boyfriend at the time, as well as some of her friends and family, who confirmed she told them about it.

Polanski disputed all of Monnier's allegations, "in the strongest terms," according to his lawyer, Hervé Témime.

"I want to remind everyone that these allegations relate to events that are 45 years old," Témime said. "I deplore the publishing of these accusations in Le Parisien on the eve of the film's release."

The 86-year-old filmmaker's movie "An Officer and a Spy" is set to be released in France on Wednesday.

In the open letter, Monnier said it was the film's release that prompted her to break her 44 years of silence.

The movie is about a French army captain, Alfred Dreyfus, a Jew, who is falsely accused and convicted of treason. It is considered one of the most infamous miscarriages of justice in French history.

Monnier said it was "sacrilegious" that Polanski had decided to tell Dreyfus' story -- a man she described as a "symbol of injustice" and "innocence."

Polanski has been living in France since he fled the United States in 1978, after pleading guilty to having sex with a 13-year-old girl and shortly before he was to be sentenced in the case.

In 2017, a German actress filed a complaint alleging she had also been raped by Polanski in Gstaad as a minor in 1972. The Swiss prosecutor in that case said the statute of limitations at the time of the alleged assault was 15 years, and the allegation did not result in any criminal charges. A lawyer for Polanski at the time called the allegations an absurd attempt to generate media attention, according to Reuters.

In a statement issued to CNN on Tuesday, Polanski's lawyer, Témime, said the director is considering taking legal action against Le Parisien.

"He (Polanski) will not participate in the media trial, and me neither," Témime said.

Monnier's accusation already seems to be making an impact.

Actors Jean Dujardin -- who has a leading role in Polanski's new film -- and Louis Garrel canceled interviews with French broadcaster TF1 and BFMTV, respectively, the networks confirmed to CNN.

A showing of the film was canceled Tuesday evening in Paris, after feminist group Les Colleuses staged a protest of roughly 30 women and blocked the cinema entrance. The women waved sparklers and held signs that read: "I'm accusing Polanski."

This is the latest allegation to have rocked the French film industry. Last week, French actress Adele Haenel accused director Christophe Ruggia of abusing her when she was 12.

Ruggia, 54, has strongly denied the allegations, with his lawyer saying he "is a man who has been destroyed because of one article."

While the #MeToo movement sent shockwaves through Hollywood, many believe French cinema has yet to have its day of reckoning. Some hope this could be the beginning.