Rocky Mount, N.C. — Two people have been arrested in connection with the weekend death of a Rocky Mount police officer who was killed during a Saturday night traffic crash, authorities said Monday.

Derrick Sheffield, 46, and Timmy Dixon, 38, were arrested after Officer Christopher Driver's southbound car collided with a bucket truck that had broken down in the road shortly after 10:30 p.m. at 4112 South Church Street, the N.C. State Highway Patrol said. 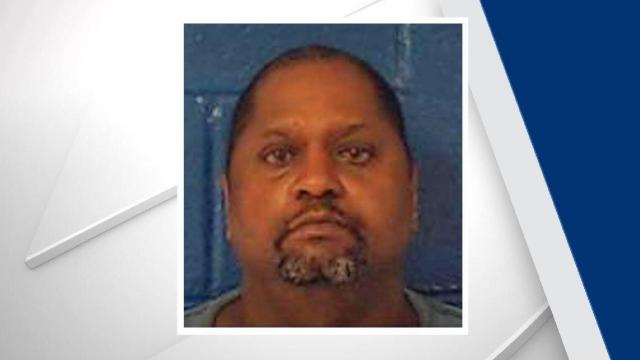 Both men have posted bond and been released from jail.

At least 30 law enforcement officers participated Monday in a processional to transport Driver's body to the funeral home. 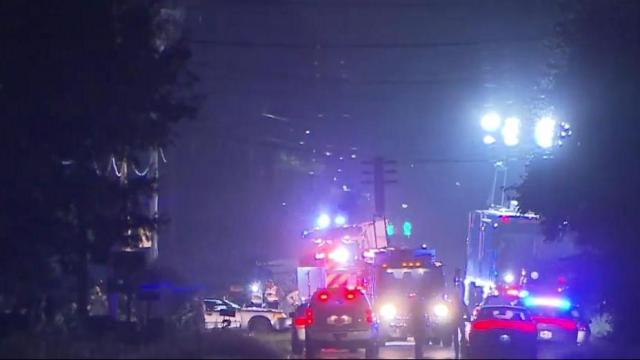 Authorities said Driver was on duty and was in his city-issued patrol car when the crash happened.

Officials said the Hall's Tree Service bucket truck was being towed to the lot when its brakes stopped working and was no longer able to be pulled.

WRAL News has learned that the tree service company was no longer in business and the bucket truck was being towed illegally under the cover of night. Once it stopped, the driver left the truck in the roadway to get help.

Authorities said Officer Driver was responding to that scene when the crash happened.

Deputies said the officer was speeding and didn't see the truck until it was too late.

Although a neighbor, who did not want to be identified, told WRAL News on Sunday that the bucket truck was left unattended, its emergency flashers were said to be on when the crash happened.

Baker said Dixon was at the scene when the collision occurred but left the scene and never returned.

Sheffield bought the truck but was towing it illegally, according to investigators.

Phil Hall is the former owner of the tree service company.

"I was a little shaken. I mean, it was very nerve wracking," neighbor Melanie Thomas said of the crash.

"The Rocky Mount Police Department is truly saddened by the loss of Officer Driver," the police department said in a written statement. "Our hearts and prayers go out to his family and friends. We ask everyone to please respect the privacy of Officer Driver’s family during this time of bereavement."

A make-shift memorial was set up outside the Rocky Mount police headquarters in tribute to Driver.

Funeral arrangements for the officer were pending.