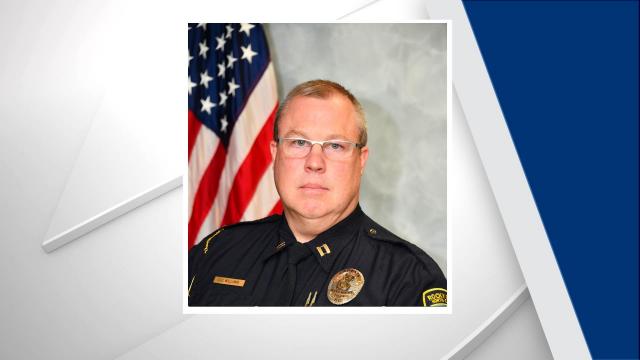 Rocky Mount, N.C. — Rocky Mount has promoted a captain to interim police chief. He will serve the position after the current police chief retires, effective Dec. 1.

“I’d like to thank our city manager for her confidence in my abilities to serve as interim police chief,” Williams said. “I have enjoyed engaging with the community throughout my career and establishing relationships with the men and women of the Rocky Mount Police Department. My goal is continue providing the highest level of services to our community while adhering to our core values.”

Williams, a Rocky Mount native, has spent his entire professional career with the Rocky Mount Police Department. He was sworn in as an officer in 1995 and later promoted to corporal before serving as a sergeant for 12 years in patrol services and criminal investigations. His five years spent as a lieutenant included District Command for Patrol Services as well as Professional Standards. Williams’ most recent duties have included serving as Patrol Services Captain.

Williams is a 2006 graduate of NC Wesleyan College, where he earned a Bachelor of Science in justice studies. In addition, Williams holds a certificate in training from N.C. State University’s Administrative Officers Management Program as well as certifications from the Law Enforcement Executive Development Association and the NC Justice Academy.
2.

“Captain Williams has become one of the more respected members and leaders of the Rocky Mount Police Department the past 25 years,” Small-Toney said. “I’m confident in his abilities to lead the department during this time of transition.”