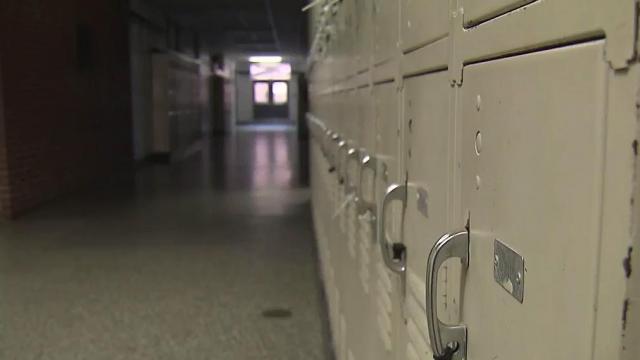 Eden, N.C. — Rockingham County Schools has moved all schools back to virtual learning after several coronavirus cases were identified.

Since Sept. 28, students in Rockingham County Schools had been going to school in-person, part-time.

The district identified coronavirus in at least seven elementary schools, one preschool, one high school and four middle schools since Sept. 27, according to the RCS Facebook page.

Schools won't close in Rockingham County until Nov. 9. The board said it would take a second look at reopening plans in December's meeting.

In response, a group of parents said they would be protesting the board's decision next week. A Facebook post says that parents would be returning Chromebooks to the school in protest.

Parents in the public Facebook group, "Boycott virtual learning (Rockingham County Schools)" said they were turning to homeschooling, or petitioning schools to reopen.

Megan Vincent said she is withdrawing her children from RCS for the rest of the year.

"I believe that if day cares, restaurants, stores, bars, and everything else can be opened, our schools can open," she said. "What are we telling our children by allowing everything but their schools to be open? That they don’t matter? That their education isn’t important?"

Vincent said that her three children had coronavirus in July. Vincent said her and her husband did not get sick, and her children only showed mild symptoms. She believes that "our children's education is worth the risk."

Most parents are concerned about a drop in grades for their children, or worried that their children will have a permanent education gap from online learning.

Jamie Fulton, who is planning on attending the protest, said that the goal is for enough parents to refuse to participate in virtual learning and turn in their Chromebooks.

"We can show them that we have been more than understanding and patient with this since March, but we are fed up and aren't taking it anymore," Fulton said.

Homes like hers with two working parents are struggling to keep up with the changing plans and the online assignments, she said.

Across North Carolina and the country, coronavirus cases have been spiking. On Friday, the rolling average was as high as it has ever been in North Carolina, at 2,081. In September, the rolling average was more than 750 cases lower. The country also hit an all-time high in new coronavirus cases over the weekend -- with more than 83,000 infections were reported in one day.

Wake County Schools opened campus to its first group of students on Oct. 26. The district has identified coronavirus in three athletic departments on Tuesday night.