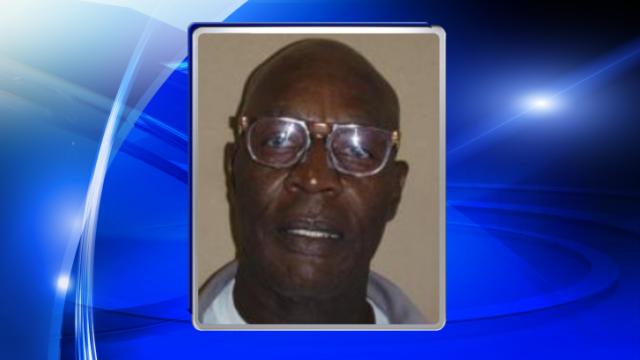 Lumberton, N.C. — Will Robeson County prosecutors pursue a case against a 74-year-old man linked through recently discovered evidence to the rape and murder of a girl 31 years ago?

District Attorney Johnson Britt said Wednesday that his office will reopen the case and look at the new evidence in deciding whether to charge Roscoe Artis after a judge on Tuesday overturned the convictions of two half-brothers who spent three decades in prison for the crime.

Eleven-year-old Sabrina Buie's body was found in a soybean field near Artis' home in Red Springs in September 1983. Also found was a cigarette butt that lab testing determined had on it Artis' DNA.

He is already in prison at Warren Correctional Institution in Warren County for a similar murder in October 1983 that involved an 18-year-old woman.

Artis was originally sentenced to death, but his sentence in 1991 was commuted to life in prison.

Because of sentencing guidelines in the 1980s and early 1990s, Artis has been eligible for parole since 2003. According to Keith Acree, a spokesman for the North Carolina Department of Public Safety, Artis has been denied parole several times, and his next parole review is September 2015.

McCollum, who was 19 at the time, and Brown, who was 15, initially admitted to killing Buie, but defense attorneys argued during a hearing Tuesday that the men had low IQs and were coerced into their confessions and that there was no physical evidence linking them to the killing.

A review of their cases in 2010 by the North Carolina Innocence Inquiry Commission uncovered the DNA evidence, which Superior Court Judge Douglass Sasser found contradicted the case originally put forth by prosecutors.

At Tuesday's hearing, Sharon Stellato, associate director of the Innocence Inquiry Commission, testified about several interviews she recently had with Artis, who she said changed his story about knowing Buie.

According to Stellato, Artis said he saw the girl the night she went missing and gave her a coat and hat because it was raining and that's why his DNA might have been at the scene.

Stellato, however, said that weather records show it didn't rain the night Buie went missing or the next day.

Stellato also said Artis repeatedly told her McCollum and Brown were innocent, but he still denied involvement in the killing.