Fayetteville, N.C. — Patrick Adam Pait, the county attorney for Robeson County, was killed on Sunday in a crash near Fayetteville.

According to officials with the State Highway Patrol, Donald Allen Rightnour, 66, was traveling south on Cumberland Road when his car increased in speed and traveled over into the northbound lanes, hitting a car driven by Pait, age 34, head-on. Officials say both men died in the crash, which left them pinned in their cars.

Investigators do not believe alcohol or drugs were involved in the crash. They are awaiting an autopsy to determine if a medical emergency took place. 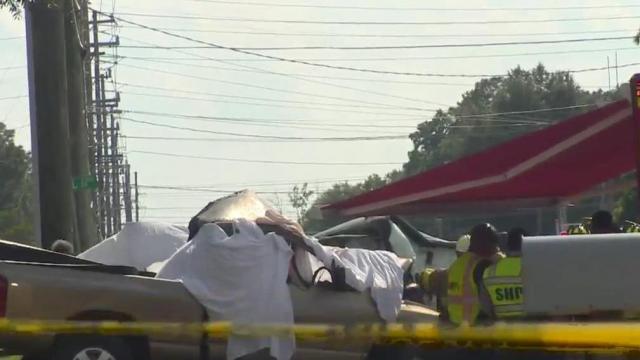 According to The Robesonian, Pait was hired by Robeson County on June 2, 2014.

Robeson County Administration is saddened by the loss of Mr. Patrick Pait," said Robeson County officials. "He was a wonderful asset to the county and he will be missed dearly. Chairman Raymond Cummings would like to share that Mr. Pait was a valued employee of the county and our hearts go out to his family during this time of bereavement."

A county commissioners meeting scheduled for Monday has been canceled and will be rescheduled.