Robert Morris, Sculptor and a Founder of the Minimalist School, Dies at 87 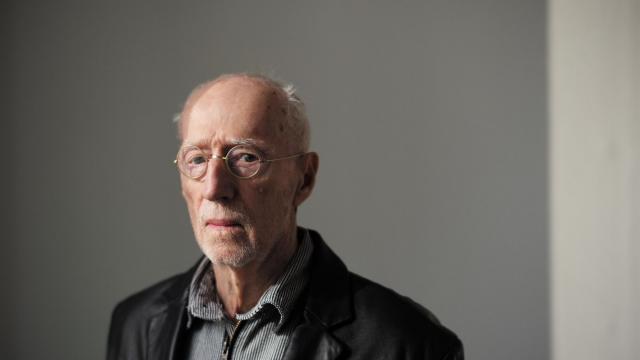 Robert Morris, one of the most controversial American sculptors of the post-World War II era as a founder of minimalism, a style of radical simplification that emerged in the 1960s and influences artists to this day, died on Wednesday in Kingston, New York. He was 87.

His wife, Lucile Michaels Morris, said the cause was pneumonia.

Morris was one of a generation of artists who embraced the minimalist credo, along with Donald Judd, Carl Andre, Dan Flavin and others. But while they continued to work within the genre’s austere limits, Morris went on to explore an astonishing variety of stylistic approaches, from scatter art, performance and earthworks to paintings and sculptures symbolizing nuclear holocaust.

His detractors, noting his tendency to borrow ideas from other artists freely, questioned his originality and authenticity. His supporters saw in him a mind too restlessly alive to the possibilities of art to be confined to any one style.

But nearly all agree that most of the major issues in art of the last half-century were highlighted in one phase or another of Morris’ prolific, mercurial career.

If Morris’ work puzzled some viewers, he was reluctant to explain it. In an interview with The New York Times in 2017, he said, “I would rather short-circuit the question and hide behind Chekhov’s remark that art should ask questions rather than give answers.”

Robert Clarke Morris was born on Feb. 9, 1931, in Kansas City, Missouri, to Lora Pearl (Schrock) Morris and Robert Obed Morris. His father was in the livestock business, and his parents also briefly owned a dry-cleaning business.

He first studied art — but not sculpture — at the Kansas City Art Institute and then, in the early 1950s, at the California School of Fine Arts in San Francisco. After a stint in the Army Corps of Engineers, during which he served in Korea, Japan and elsewhere, he attended Reed College in Oregon from 1953 to 1955.

Back in San Francisco, Morris made abstract expressionist paintings, which he showed in two solo exhibitions, and became involved in theater, dance and film.

In 1956 he married Simone Forti, a dancer who would go on to become a leading choreographer and teacher of modern dance. They moved to New York City in 1959 and became part of a downtown scene made up of avant-garde painters, musicians, dancers and performance artists. There, Morris’ interests continued to lead in several directions. (His marriage to Forti ended in divorce in 1962, as did his second marriage, to Priscilla Johnson.)

Morris began producing sculpture: small neo-Dada works full of witty, self-referential effects, paradoxes and puns, all made under the influence of Marcel Duchamp and Jasper Johns. “I-Box,” for example, had a small door in the shape of a capital letter I, which opened to reveal a full-length photograph of the artist wearing a grin and nothing else.

Morris exhibited these works in his first New York solo show, at the Green Gallery in 1963.

He pursued a master’s degree in art history at Hunter College in Manhattan, writing his thesis on the sculpture of Constantin Brancusi. He began teaching at Hunter in 1964 and continued to do so into his later years.

Interested in dance as well, he became involved in the Judson Dance Theater, a group committed to minimalist dance styles. Forti was a leading member, and Morris himself choreographed and performed in several Judson productions. In one piece, “Site,” Morris, wearing a mask depicting his own face, moved sheets of plywood about like a workman and in doing so revealed a nude woman reproducing the reclining pose of Edouard Manet’s “Olympia.”

Why plywood? “Plywood was cheap, plentiful, standard and ubiquitous,” he told The Times in 2017. “It was unstressed as an art material, an ‘ordinary’ material in the industrial world. The tools required to work plywood were common and readily at hand; the skill required to manipulate them was relatively undemanding; carpentry was another ‘ordinary’ everyday skill in the urban late industrial milieu.”

Morris constructed sets and props for Judson performances as well. One of these, “Column,” a 6-foot-tall monolith made of plywood, is considered by some his first minimalist sculpture.

He subsequently constructed a series of simple, medium-large geometric objects of plywood, painted pale gray, as works of pure sculpture. Exhibited at the Green Gallery in 1964, these extremely simple and plain structures — a long beam that lay on the floor, a suspended slab, a triangular form that filled a corner — perplexed and bored many critics. But they put Morris on the map of the art avant-garde.

In 1966, he joined the Leo Castelli Gallery in Manhattan, where he exhibited his work regularly throughout his career, as well as at the Sonnabend Gallery, also in New York.

The importance of Morris’ minimalist work was not just in its introducing a new style of abstraction. Rather, it set up a new kind of relationship between the viewer and the artwork. Because the sculptures lacked the complex internal relationships of traditional composition, the viewer would focus on the object’s relationship to the architecture of the room and its effect on his or her perceptual experience of space, light and shape.

This reorientation paved the way for many different kinds of art to come, in which environmental — and, at times, flagrantly theatrical — experience would prevail over that of finely made objects. In 1966, in Artforum magazine, Morris began to publish a series of essays called “Notes on Sculpture” in which he analyzed the new sculpture that he and others were producing. These influential writings did almost as much to certify his importance as his actual sculpture did.

Morris extended the possibilities of minimalism and sculpture in general in a dizzying variety of ways from the early 1960s into the ′70s. He produced elementary structures in semitransparent materials like expanded steel mesh or translucent plastic, organized identical forms in serial groups, created optically confounding works using mirrors, built mazes, and began to explore less rigidly structured means of activating space, like scattering materials randomly about the gallery.

One of his most notorious acts was to appear in an exhibition poster in 1974 in which he was photographed naked from the waist up wearing a Nazi helmet, sunglasses and chains, suggestive of some kind of sadomasochistic sexual ritual.

Morris’ reputation as an innovator working on all fronts was at its peak in the early 1970s. In a review in The Times in 1972, Peter Schjeldahl wrote, “Morris was, for a moment, a nearly transcendent art world presence, an artist who, it seemed, could do no wrong.”

Later in the decade, however, contemporary art began to change in ways unfavorable to Morris’ formalist, coolly cerebral sensibility. From the neoexpressionism of Julian Schnabel to the neopop protest art of Barbara Kruger, art became more representational, more personal and more political, and Morris’ reputation for up-to-the-minute saliency was never again what it was in the ′60s.

He did change with the tide, however, producing in the early 1980s darkly baroque meditations on the threat of nuclear destruction. In a series he titled “Firestorm,” he created heavy sculptural frames in which skulls, clawing hands, ropes, chains, phallic forms and other symbols of violence and conflict were cast; within, infernally glowing pastels evoking J.M.W. Turner abstractly envisioned the world’s fiery end.

In addition to his wife, whom he married in 1984, Morris is survived by a daughter, Laura Morris, and a sister, Donna Caudle. Morris, who died in Kingston Hospital, lived in Gardiner, New York.

In 2017, he presented his latest felt pieces while revisiting his earlier work in a show at the Castelli Gallery’s Upper East Side branch. Since Oct. 30, the gallery has put new Morris works on view in “Banners and Curses,” a show that runs through Jan. 25.

From start to finish, as a sprawling retrospective exhibition mounted by the Guggenheim Museum in 1994 showed, Morris defied the conventional rule of one style per artist.

Yet it is clear, too, that he was driven by an abiding belief in the importance and power of art. “In art’s irrational games and its depth of feelings,” he wrote in a late essay, “in its awe and cynicism, its mournings and derisions, its anger and grace, it bears witness to a dark century.”