Robert Durst Has COVID, His Lawyer Says, and Is On a Ventilator. 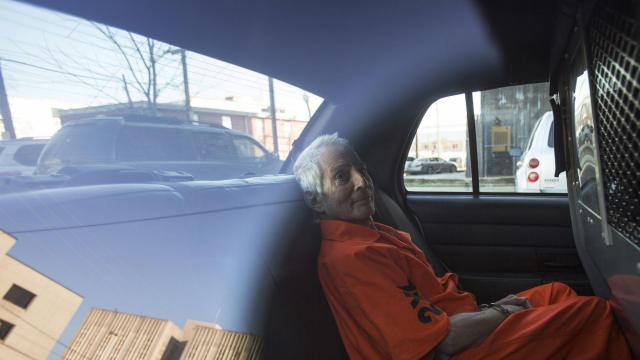 Millionaire and former real estate mogul Robert Durst, 78, is on a ventilator in a Los Angeles hospital after testing positive for COVID-19, days after being sentenced to life in prison for the 2000 murder of his confidant.

“We were notified that he tested positive for COVID,” his lawyer, Dick DeGuerin, said Saturday.

Durst was admitted Friday night to LAC+USC Medical Center, according to the Los Angeles County Sheriff’s Department’s inmate locator. The district attorney’s office said it could not comment because of medical privacy laws.

At a sentencing hearing Thursday, Durst sat slumped in a wheelchair. He wore a brown prison jumper and a mask. At times, his breathing appeared labored. He pulled down his mask, only to raise it again moments later.

“His health deteriorated over the weeks of the trial,” DeGuerin said. “On Thursday, he looked like death warmed over.”

Durst was frail and had numerous health problems but was alert during the four-month trial that ended Sept. 17 with a first-degree murder conviction. Durst, whose life story inspired a Hollywood movie and an HBO documentary, will not be eligible for parole.

The jury that convicted him in Los Angeles found that the prosecution had proved special circumstances: Namely, that Durst shot Susan Berman, a journalist and screenwriter, because he feared she was about to tell investigators what she had learned as his liaison with the news media after the 1982 disappearance of his first wife, Kathie McCormack Durst.

Durst faces a possible murder indictment in New York in connection with the disappearance of Kathie Durst. Miriam Rocah, the district attorney of Westchester County, New York, reopened the investigation this year and planned to put numerous witnesses in front of a grand jury.

Durst acknowledged to filmmakers that before Kathie Durst disappeared, his marriage had a series of “half arguments, fighting, slapping, pushing” and “wrestling,” but he insisted he did not kill her. This article originally appeared in The New York Times.