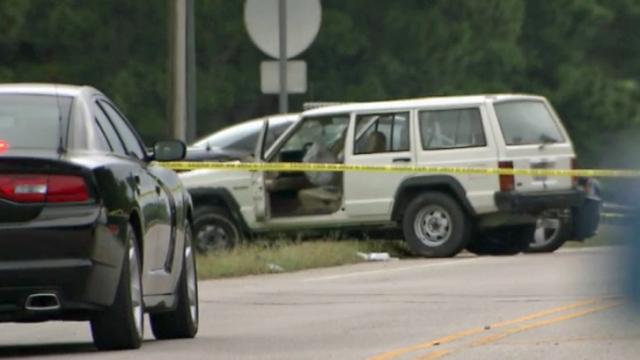 Smithfield, N.C. — WRAL News has learned that a suspect wanted in connection with two armed robberies and a carjacking in Smithfield early Sunday was killed in an officer-involved shooting after a chase that ended in Wilson County.

Shortly after midnight, police responded to a robbery at Kangaroo Express, 1137 North Bright Leaf Blvd., where witnesses reported that the suspect fled on foot.

At some point, authorities from several law enforcement agencies were involved in a chase that ended on N.C. Highway 42 near Interstate 95 in Wilson County.

Further details of the shooting or the suspect were not immediately available, and local authorities have referred all questions to the State Bureau of Investigation.

The SBI has not released any details and, as of Sunday evening, has not responded to requests for comment.