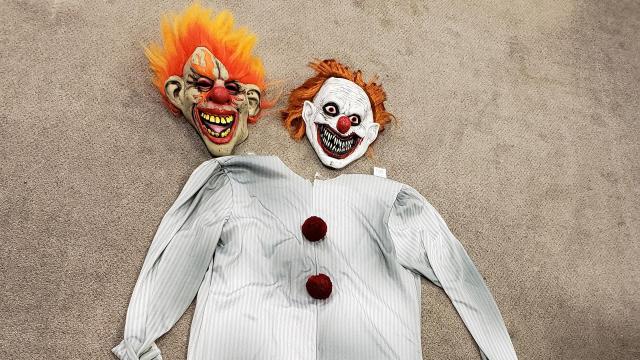 Roanoke Rapids, N.C. — Roanoke Rapids police are trying to determine who is wearing a clown suit and threatening residents over the weekend.

The first report came just before 9 p.m. on Sunday night, when someone called police about a person in a clown suit and mask jumping in and out of traffic and throwing things at vehicles in the area of Sam Powell Dairy Road and Roanoke Avenue.

By the time police arrived, they were unable to find anyone dressed as a clown.

Just after 9 p.m., a police officer conducting a traffic stop in the same area was approached by a young person who claimed a clown was staring at him through his window. The officer checked the home and the grounds, but did not find any evidence of the clown.

Police on Monday said they had found a clown suit and had some idea of who might have been wearing it. They did not release the person's name, and they said the investigation was ongoing.