There are many ghost towns and forgotten places hidden in the rolling, ancient North Carolina mountains. Decaying homes from decades past can be found along many twisted hiking paths – ghost towns in the most true sense of the word.

The area around Bryson City has many remnants of towns that vanished long ago – the abandoned ghost town of Proctor, hidden deep in the woods of the Smoky Mountains, and the forgotten town of Judson, hidden beneath the waves of Fontana Lake.

As drivers leave Bryson City, there's one strange stretch of road, marked with a warning sign reading "Welcome to The Road to Nowhere: A broken promise! 1943 - ?" 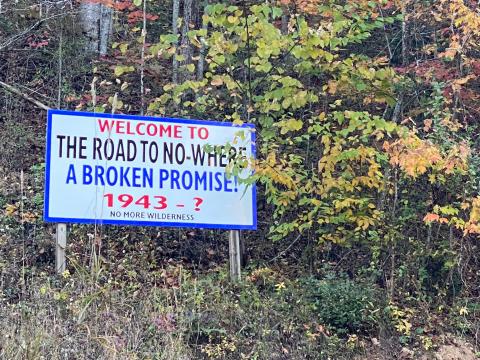 The road winds about 6 to 7 miles through the beautiful Smoky Mountains, ending suddenly at a dark tunnel, surrounded by tall weeds and decaying fences. If you walk through, bring a flashlight. The tunnel is longer than it appears.

The road, as the name suggests, goes nowhere. It ends against a wall of mountain, where a hiking trail begins.

Sadly, on the other side of that "road to nowhere" rest the ancestral homes and family cemeteries of many people living in Swain County.

The Road to Nowhere and the surrounding ghost towns can be traced back to the same history – the moment a promise was broken. 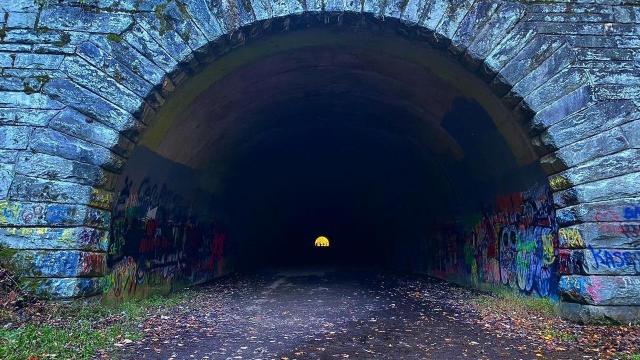 Flooding the ancestral lands to build an atomic bomb

The story of the Road to Nowhere dates back to the 1940s, when the federal government needed to build a dam to create electric energy for the World War II war efforts.

Fontana Dam still stands today, an iconic landmark for tourists and travelers. However, the enormous Fontana Lake hides an entire town underneath its waves – the town of Judson.

Sometimes, when the lake is drained or the water levels are very low, people say you can see the tops of the tallest structures, still standing underneath Fontana Lake. 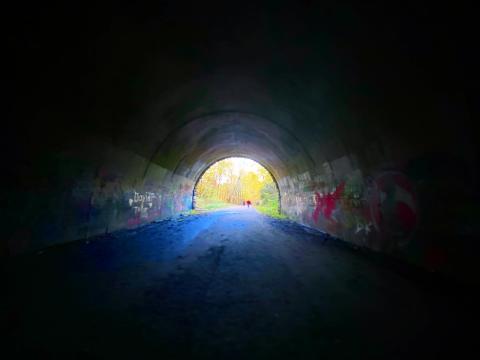 Thousands of acres were flooded – and for thousands of acres, people left their ancestral homes and moved away. Many didn't even tear down their homes; they left them right where they were standing, hoping they could come back someday.

Many families also left behind precious family cemeteries, and can now no longer visit their loved ones unless they take a boat across Fontana Lake, or take a long hike into the wilderness that has consumed the ghost towns.

To assure these families would not lose access to their homes and ancestral lands and graves, the federal government promised to create a road. It was meant to be around 30 miles, but they only built 6 miles and a tunnel.

Many people in Swain County are still angry about the government's "broken promise." They feel they sacrificed heavily for the war efforts – an effort that helped lead to the creation of the atomic bomb – only to be forgotten and cut off from their old homeland. 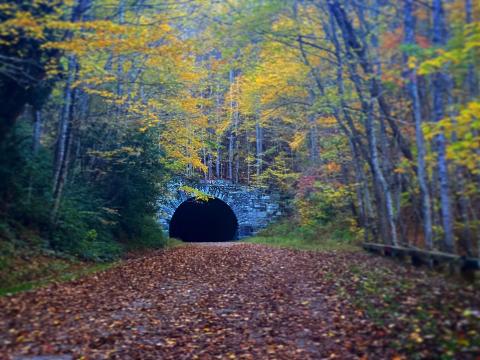 Why wasn't the Road to Nowhere completed?

To allow the displaced families continued access to their family land and graves, the government promised to build a road from Bryson City to Deals Gap, following the route of the river that can be seen flowing below the Road to Nowhere.

The road cuts through the Great Smoky Mountains National Park, allowing the "Road to Nowhere" and tunnel to still be visited by tourists and hikers today.

From the time the road was promised in the 1940s, only around 6 miles of road was laid down by the 1970s. Citing environmental concerns, the construction was halted.

From the 1970s until the 2010s, the unfinished road was a sore spot for families of Swain County, some of whom have taken to organizing arduous boat trips and hiking journeys through the woods to find their old homes and family grave sites.

In 2018, the U.S. Department of Interior finally closed out an agreed upon $52 million payment to Swain County in lieu of finishing the road, bringing an end to the 70-year saga.

The lost communities of Judson and Proctor

Old photos show thriving villages nestled in the valleys of the Smoky Mountains. Swain County gave up a large portion of its privately-owned land, leaving behind generations of heritage.

Old Highway 288 is also beneath Fontana Lake, which had traditionally been the road to access the communities in the area. The Road to Nowhere was meant to replace the waterlogged highway. 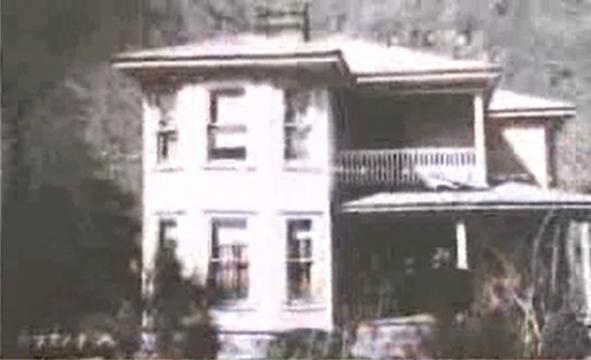 Even today, ruins of old homesteads can be found off the trails around the Road to Nowhere, including old stone chimneys and decaying houses.

In an interview with WRAL's Tarheel Traveler, one resident says Swain County lost 50% of their homes and jobs, as well as 33 schools and 37 churches. He even lost his father's grocery store – a piece of his heritage that's gone forever.

Black and white photos in the archives at Western Carolina University provide a snapshot of life in Judson. Dated 1911, one photo shows Whiting Saw Mill, which likely played a role when timber companies cleared forests around the Smoky Mountains in the early 1900s. Others photos show people from indigenous tribes working as a crew at the saw mill.

Other images show mills, like Enloe Mill, with its stone wall frozen over with ice during winter of 1910.

A few snapshots are all that remains of Judson. 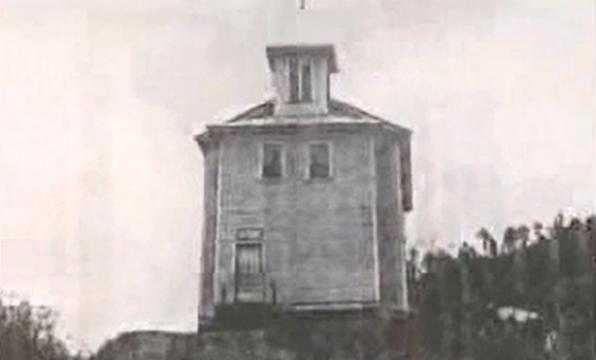 However, the ghost town of Proctor can still be found out in the woods of the Great Smoky Mountains National Park.

Former residents and curious hikers can cross the lake to hike up the north shore, exploring Proctor and other surrounding ghost towns, as well as overgrown cemeteries.

According to people who have visited the site, the mines of Proctor have been flooded, but some of its structures are still out there in the woods. Campers can set up camp in the fields of old schoolyards, and the remnants of foundations and brick fireplaces can still be found.

Many of North Carolina's most well-preserved or well-known ghost towns are either in the mountains or along the coast. However, a few remnants of communities can still be found along the Eno River in Durham and Umstead Park in Raleigh.

Take a look at the well-kept ruins of Brunswick Town, a colonial ghost town destroyed during the Revolutionary War.

If you like hunting for lost communities, here are some trails around the Triangle perfect for exploring.