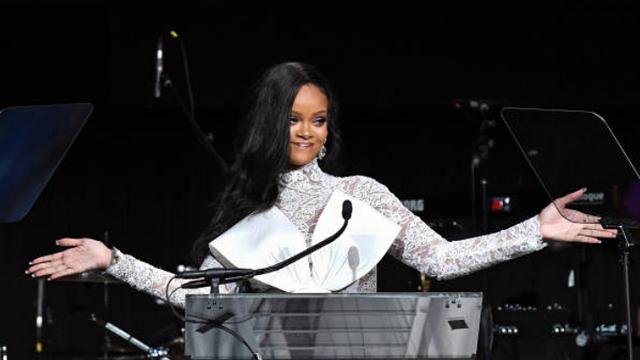 CNN — In an interview with Vogue magazine, Rihanna set the record straight about the Super Bowl -- and revealed that she has a new album up her sleeve.

The 31-year-old singer hasn't released an album in over 3 years. Her fan base went wild when she first teased the new raggae style album, "R9," over a year ago on Instagram. Ever since, she has been fending off fans who keep asking when it's dropping.

On Wednesday, Rihanna confirmed to Vogue that the album is still happening, and it is still "reggae inspired."

"It's not gonna be typical of what you know as reggae. But you're going to feel the elements in all of the tracks," she told the publication.

As far as a release date, she's not talking.

Rihanna also recently turned down the Super Bowl half-time show in solidarity with Colin Kaepernick, who started kneeling during the national anthem to protest racial injustice in America.

"I couldn't dare do that. For what? Who gains from that? Not my people. I just couldn't be a sellout. I couldn't be an enabler. There's things within that organization that I do not agree with at all, and I was not about to go and be of service to them in any way," Rihanna told Vogue.

She told the magazine that even though it's been a minute since she released new music, she is not quitting it any time soon.

"Music is, like, speaking in code to the world, where they get it. It's the weird language that connects me to them. ... To cut that off is to cut my communication off. All of these other things flourish on top of that foundation."

Rihanna has been busy over the past few years. She was in the movie "Ocean's 9" last year, and she has been working seemingly non-stop on her fashion and make-up line.