Ricky Jay, Gifted Magician, Actor and Author, Is Dead at 70 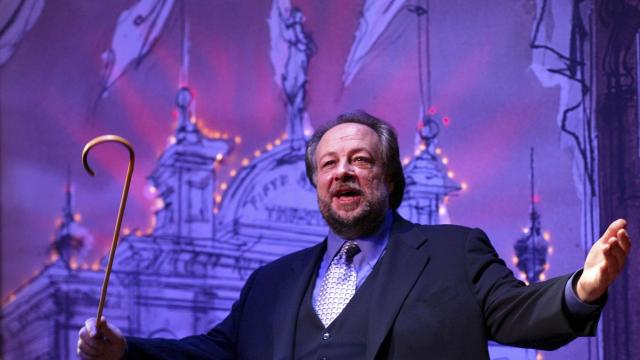 Ricky Jay, the master-showman magician, actor, scholar, special effects consultant and author who was called “the most gifted sleight-of-hand artist alive” by writers for the most prestigious publications of his time, died Saturday at his home in Los Angeles. He was believed to be 70, although some sources said he was 72.

Winston Simone, his manager, confirmed the death but did not specify a cause.

Jay could hit a target with a single playing card at 190 feet and could aim multiple cards at a fresh watermelon, piercing its flesh time after time. But even moviegoers and television viewers who had little interest in magic had opportunities to see Jay in his 40 or so film and TV roles.

In his first film, David Mamet’s thriller “House of Cards” (1987), Jay portrayed the obviously superior poker player who stuns Joe Mantegna’s cocky character by beating his three aces. “Club flush,” his character announces calmly. “You owe me $6,000. Thank you very much. Next case.” He had roles in other Mamet films, including “The Spanish Prisoner,” “Redbelt” and “State and Main.”

From the beginning of his show-business career, Jay was a colorful character, with chest-length dark hair in his youth and a bushy matching beard. A large man, he could have been mistaken for a roadie in the years he was opening for rock groups. In later years, he cut his hair but kept the beard; eventually, both were tinged with gray.

Over the decades, he was a regular on talk shows hosted by Merv Griffin, Mike Douglas, Dinah Shore, Johnny Carson, David Letterman and Conan O’Brien and on various incarnations of “The Tonight Show,” beginning in the Carson era.

He and a partner, Michael Weber, founded Deceptive Practices, a consulting firm, in the 1990s. Their film-industry projects included a wheelchair that made Gary Sinise’s Vietnam War-veteran character in “Forrest Gump” appear to be a double amputee. A 2012 documentary about Jay’s life and career was titled “Deceptive Practice: The Mysteries and Mentors of Ricky Jay.”

As an author of 11 books, Jay earned enthusiastic reviews. His last, titled (in part) “Matthias Buchinger: ‘The Greatest German Living'” (2016), was pronounced awe-inspiring by The Los Angeles Times, beguiling by The New York Review of Books and tantalizing by Bookforum. Writing in The New York Times, Charles McGrath described Jay as the “master of a prose style that qualifies him as perhaps the last of the great 19th-century authors.”

Richard Jay Potash was born in 1948 (or 1946) in Brooklyn, the older of two children of Samuel Potash and Shirley (Katz) Potash and the grandson of Max Katz, a Hungarian-born accountant who was also an accomplished amateur magician. The family soon moved to Elizabeth, New Jersey.

Ricky first performed magic in public at a magicians’ association picnic in Sheepshead Bay, at the age of 4. At 7, he appeared on a television show called “Time for Pets,” plopping a guinea pig into a top hat and appearing to turn it into a chicken. The sign behind him said “world’s youngest magician.” “It’s safe to say that my parents just didn’t get it or didn’t get me, and we had no rapport,” he recalled in the film documentary and similarly in a 1993 profile in The New Yorker, explaining why he deliberately refused to talk about them or his childhood in any detail. His one warm memory of his mother and father, he said, was their agreeing to hire Al Flosso, a magician who was a hit on “The Ed Sullivan Show,” to perform at his bar mitzvah.

And then, thanks to “the audacity of youth,” he said in the documentary, he was gone. “I left home very early and basically never returned,” Jay said.

As a teenager, he ran away to work in Lake George, the upstate New York resort area. Later he was booked at the Electric Circus, the East Village hippie-era temple, doing his act between Ike and Tina Turner’s music and Timothy Leary’s lectures on LSD. Eventually he enrolled in five colleges but never, he recalled later, advanced past freshman status at any of them.

“Early on, I knew I didn’t want to do the kind of magic other people were doing,” he said in The New Yorker profile. “So I started buying old books” to research the history of the form.

He built his fame with what The New Yorker called an “out-of-left-field brand of gonzo-hip comedy magic, a combination of chops and artistic irreverence.” His off-Broadway productions included “Ricky Jay and His 52 Assistants,” directed by Mamet.

In 2002, Jay married Chrisann Verges, an Emmy-winning producer and location manager, and she survives him.

He was often asked to reveal at least some of the secrets of his magic acts, but he considered that sort of thing grossly counterproductive.

“Most people realize that magical powers are not being invoked and that it’s someone who’s created a way to mystify and entertain you,” Jay told The Times in 2002. “The key to that is surprise. If you’re giving away the method, you’re denying someone the surprise.”