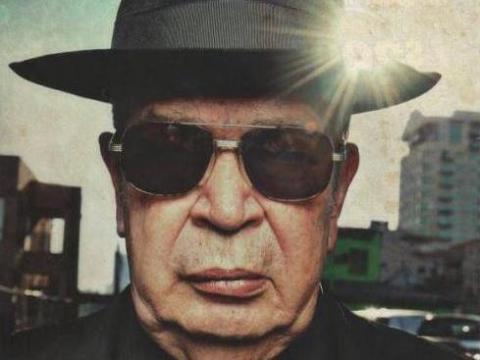 Harrison was known as "The Old Man" and was a mainstay on the show because of his grousing and grumbling about the happenings at the pawn shop. He and his family moved to Lexington, N.C. when he was 1 year old and Harrison attended Lexington High School.

According to the network's website, the family "use their sharp eyes and skills to assess the value of items from the commonplace to the truly historic, including a 16th-century samurai sword, a Super Bowl ring, a Picasso painting and a 17th-century stay of execution."

"He will be remembered as the best father, grandfather and great-grandfather you could have by his family and by fans as the sometimes grumpy (always loving, however), often wisecracking, and voice of absolute reason on the History television show ‘Pawn Stars,’" the post said. "He was surrounded by loving family this past weekend and went peacefully."

The post did not specify a cause of death.

This reality show made Rihanna laugh

Funeral arrangements for the elder Harrison were pending.

Which TV Shows Aren’t Coming Back?
SUGGEST A CORRECTION