Reward increased for information in death of Fort Bragg paratrooper 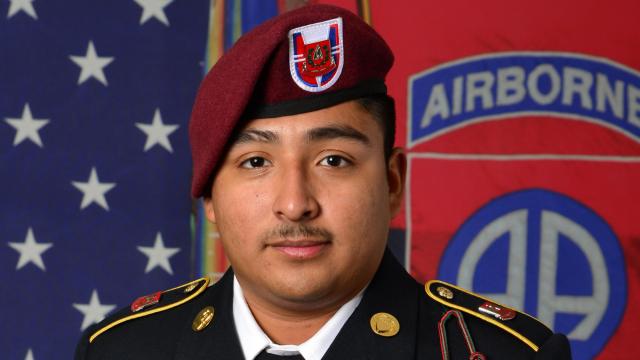 Fort Bragg, N.C. — A reward has been increased for information in the death of a Fort Bragg paratrooper along the coast in May.

The U.S. Army Criminal Investigation Command is now offering a reward of $25,000 for credible information leading to the apprehension and conviction whoever is responsible for the homicide of Spc. Enrique Roman-Martinez of Fort Bragg. Roman-Martinez's body was found near Cape Lookout National Seashore on May 29. His remains washed up on Shackleford Banks Island. He was identified using his dental records.

Roman-Martinez was last seen May 22 at a campsite near Mile Marker 46 on South Core Banks, one of the islands that make up Cape Lookout National Seashore. He was reported missing on the evening of May 23. His phone and wallet were found at the campsite and he was last seen wearing blue shorts and no shirt.

Roman-Martinez entered the Army in September of 2016, attended airborne school at Fort Benning, Ga., and was assigned as a paratrooper to Fort Bragg in March 2017. His awards and decorations include the Army Good Conduct Medal, National Defense Service Medal, the Global War on Terrorism Service Medal, the Army Service Ribbon, and the Army Parachutist Badge.