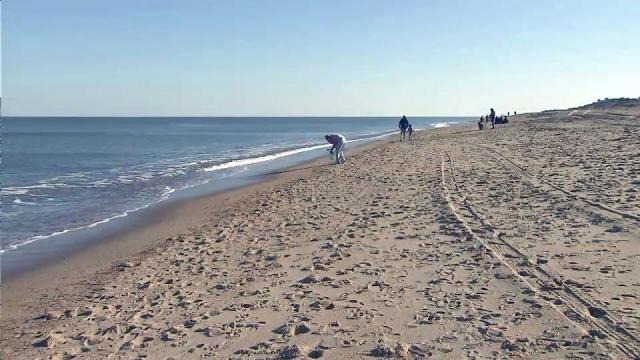 Raleigh, N.C. — State officials are seeking public comment on an updated report that shows the sea level along North Carolina's coast will continue to rise over the next 30 years – most notably in the northeast by up to 10.6 inches.

Released Tuesday by the Coastal Resources Commission's Science Panel, the report presents three scenarios for rising seas along the coast through 2045, based on global predictions and historical data from five tidal gauges from Duck to Southport. Variations in geography and ocean currents mean the southeast will see the smallest increases – as few as 1.9 inches in one model – while the seas around Duck will rise much more quickly.

But the panel also emphasized that, regardless of the rate of rising sea levels, coastal residents should expect more frequent flooding in low-lying areas.

The report updates projections made in 2010, as required by the General Assembly.

After a nine-month-long public comment period, the commission will finalize its report for lawmakers in March 2016 that might include recommendations for policy changes to help plan for the future. That means members must decide how to handle the uncertainty in the predictions.

That uncertainty is one of the reasons the panel, made up of engineers, geologists and marine scientists, chose to present three scenarios, a tactic also used by the U.S. Army Corps of Engineers.

The first model shows more linear – and less pronounced – sea level rise based only on projections from historical tidal gauge data, ranging from an average 2.4-inch rise in Wilmington and Southport to an average 5.4-inch average rise in Duck.

The other two scenarios incorporate global sea level data from the Intergovernmental Panel on Climate Change based on the highest and lowest projections for greenhouse gas emissions. Combined with tide gauge data showing how quickly local coastlines are sinking, the models show a much faster increase in sea levels ranging from an average 5.8 inches in Wilmington to an average 8.1-inch rise in Duck.