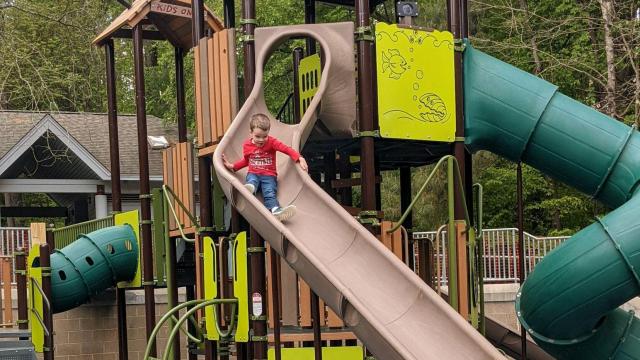 EDITOR'S NOTE: Paul Krugman is a New York Times columnist and also a Distinguished Professor at the City University of New York Graduate Center. He won the 2008 Nobel Memorial Prize in Economic Sciences for his work on international trade and economic geography.

For a few weeks in 1992, U.S. politics were all about “family values.” President George H.W. Bush was in electoral trouble because of a weak economy and rising inequality. So his vice president, Dan Quayle, tried to change the subject by attacking Murphy Brown, a character in a TV sitcom, an unmarried woman who chose to have a child.

I was reminded of that incident when I read about recent remarks by J.D. Vance, the author of “Hillbilly Elegy,” who is now a Republican Senate candidate in Ohio. Vance noted that some prominent Democrats don’t have children, and he lashed out at the “childless left.” He also praised the policies of Viktor Orban, the leader of Hungary, whose government is subsidizing couples who have children, and asked, “Why can’t we do that here?”

As The Washington Post’s Dave Weigel, who was there, pointed out, it was odd that Vance didn’t mention Joe Biden’s newly instituted child tax credit, which will make an enormous difference to many poorer families with children.

It was also interesting that he praised Hungary rather than other European nations with strong pronatalist policies. France, in particular, offers large financial incentives to families with children and has one of the highest fertility rates in the advanced world. So why did Vance single out for praise a repressive, autocratic government with a strong white nationalist bent?

That was a rhetorical question.

I also can’t resist pointing out that when I tweeted about some of these issues over the weekend, mainly focusing on the weakness of the economic case for pronatalist policies, Vance’s mature, considered response was to call me a “weird cat lady.”

But there’s a larger point here: The whole focus on “family values” — as opposed to concrete policies that help families — turns out to have been an epic intellectual misfire.

Dan Quayle, of course, was no intellectual. But his sitcom offensive took place amid a sustained argument by conservative thinkers like Gertrude Himmelfarb that the decline of traditional values, especially traditional family structure, presaged widespread social collapse. The demise of Victorian virtues, it was widely argued, would lead to a future of spiraling crime and chaos.

Society, however, declined to collapse. True, the fraction of births to unmarried mothers continued to rise; more on that in a minute. But the peak of hyperventilation about family values happens to have coincided with the beginning of a huge drop in violent crime. Big cities, in particular, became vastly safer: By the 2010s, New York’s homicide rate was back down to the levels of the 1950s.

Since someone is bound to bring it up, yes, during the pandemic there was a surge in murders — although not in overall crime. Nobody is quite sure why, just as nobody is sure why crime fell so much in the first place. It’s worth noting, however, that other aspects of society also went haywire during the pandemic. For example, there was a jump in traffic deaths, even though there was a large decline in the number of vehicle miles traveled. Presumably forced isolation does a lot of social damage; but this has nothing to do with family values.

It’s also worth noting that the decline of traditional families is even more pronounced in some European countries than it is here; France, as I said, has succeeded in achieving a high fertility rate, but a majority of those births are to unmarried mothers. As in America, however, there is very little sign of social chaos: France’s homicide rate is less than one-seventh of ours.

Of course, not everything has gone well for U.S. society. We’ve had an alarming increase in deaths of despair, that is, deaths from drugs, alcohol and suicide. But it’s hard to make the case that this surge reflects a decline in traditional values.

In fact, if you look across states, of the 10 states that most strongly display one measure of traditional values, religiosity, seven have above-average deaths of despair. That’s almost surely a story of correlation, not causation; it reflects the concentration of despair in rural areas and small towns where opportunity has disappeared as the economy’s center of gravity shifts to highly educated metropolitan areas.

Which brings me to my final point: When politicians rant about values, or attack other people’s personal choices, it’s usually a sign that they’re unable or unwilling to propose policies that would actually improve American lives.

The fact is that there are many things we can and should do to make our society better. Doing more to help families with children — with financial aid, better health care and access to day care — is at or near the top of the list. The point, by the way, isn’t to encourage people to have more kids — that’s up to them — but to improve the lives of the children themselves, so that they grow up to become healthier, more productive adults.

On the other hand, yelling at members of the elite over their personal life decisions isn’t on the list at all. And when that’s all a politician does, it’s a sign of intellectual and perhaps moral bankruptcy.