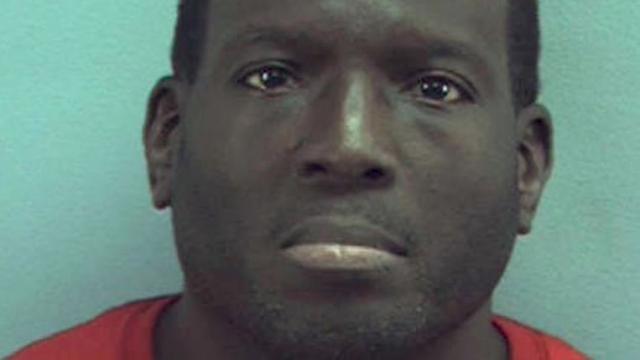 (CNN) — A retired Navy veteran was arrested Wednesday in the kidnapping of a 19-year-old Virginia Beach woman who went missing two months ago from a military base in Virginia, the Justice Department said.

Officials said Eric Brian Brown, 45, abducted Billie as she arrived for work at a restaurant on the Norfolk base. He faces a maximum penalty of life in prison if convicted of kidnapping.

Billie had been missing since September 18, when she didn't show up for work at a Blimpie sandwich shop on the Joint Expeditionary Base Little Creek-Fort Story or for culinary classes at the Art Institute of Virginia Beach.

Her car was found in Norfolk on September 23 and investigators recovered clothing from the vehicle. Her body was found on September 29 in Charlotte, about 300 yards from Brown's childhood home, the department said.

"The property on which the body was found is owned by and located next to the church where Brown attended vacation Bible school as a child," the department said.

The suspect -- who "spent 21 years in the Navy, worked as a day laborer and participated in the construction of the Blimpie's this past summer" -- is thought to be homeless and lived in different locations "on and off naval bases."

"Billie's co-workers reported that Brown would visit the Blimpie's almost every day, and that he was seen so often in the neighboring buildings, such as a 24-hour laundromat directly next door, that they believed Brown worked there," the department said.

"Witnesses reported seeing Brown attempting to flirt with Billie on several occasions, and one witness recalled hearing a conversation where Brown made a crude sexual comment directly to Billie," the department said.

Authorities found two male DNA profiles on Billie's body and clothing and found probable matches with swabs from Brown. Witnesses saw a car like Billie's at different locations in Charlotte during the week of September 18.

He also perused Charlotte news websites on September 21 and made searches for "JEB Little Creek Blimpies" and involving "parents of a missing college student."

"Brown told agents he was on Joint Expeditionary Base Little Creek on the evening of September 17, and that at one point he blacked out and had no recollection of what he did for several days after that. When discussing the abduction and murder of Billie, Brown confirmed that he could not remember if he did anything to Billie," the department said.

Brown made an initial appearance Wednesday before US Magistrate Judge Douglas Miller in Norfolk and a temporary detention order was entered, the court docket shows.

Andrew Grindrod, an assistant federal public defender, was appointed counsel and told CNN he had no comment about the case. A detention hearing has been set for Tuesday before US Magistrate Judge Lawrence R. Leonard.

Billie's parents issued a statement thanking the FBI and the Virginia Beach and Norfolk police "for their attentions and investigations" and all of the people who passed along tips to law enforcement.