Retired Marine to use lottery winnings to honor dead son 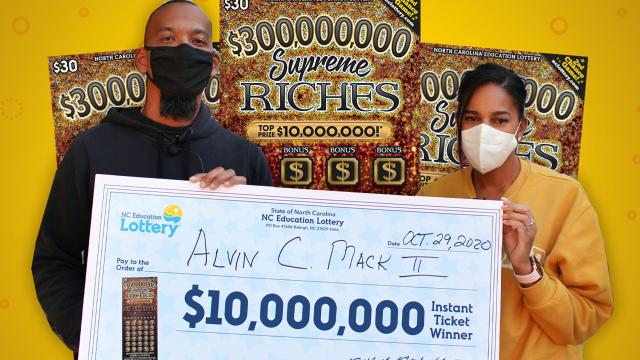 Raleigh, N.C. — A retired Marine said he plans to use a $10 million lottery prize to keep his son’s memory alive by giving back to his community and helping a foundation that supported his family in their time of need.

MSG Alvin Mack II, of Jacksonville, retired in May after 20 years in the Marine Corps, and his 19-year-old son, Alvin Mack III, who served in the Air Force Honor Guard at Arlington Cemetery, died around the same time.

“He was my only son, and he meant so much to me,” Mack said. “I’ve always been a believer of luck, but in this case, I just felt like it was a little bit more than that."

"I have a tribute room dedicated to my son, and I sat with him last night and I just told him, 'Is there anything you want me to do? And I’ll do it,’” he said. “I believe this is truly a blessing from my son."

Mack said he and his wife also hope to start a scholarship fund for student-athletes to honor their son, who was a former football quarterback in high school.