Retire? These Graying ‘Encore Entrepreneurs’ Are Just Starting Up 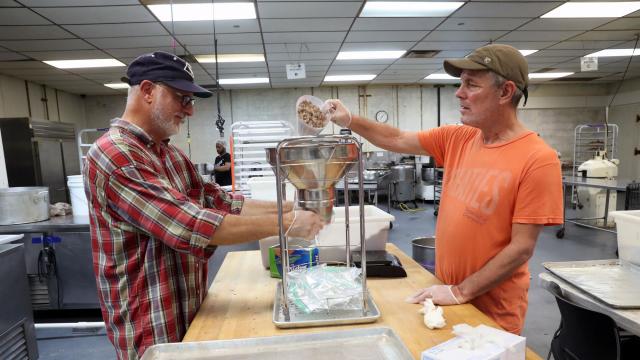 NEW YORK — The first time David Grupper was laid off from his job as an art director he was 58. It was 2013 and it took six months — and hundreds of résumés — to land another position as a manager of publications and marketing for the American Civil Liberties Union. A year later, he was laid off again.

Fed up, Grupper decided to try something new: being his own boss.

He teamed up with a friend, David Klein, to start a Brooklyn-based company, Point Made Animation, with $2,000 in savings. Today, they produce education and training videos for a dozen clients, including education technology companies and a consortium of community colleges in California. “The risks have paid off,” he said. “I’m making money doing what I love to do.”

The only drawback? He may never retire — and he has company.

A growing number of New Yorkers are starting businesses in their 50s and 60s, even as their colleagues are easing into retirement. They are crafting specialty foods like toffee — Oprah Winfrey is a fan — vegetarian dog treats and organic tempeh, a meat alternative traditionally made from soy beans.

One former executive at Lehman Bros., who lost a chunk of her retirement savings when the firm collapsed, has since parlayed her corporate skills and experience into a recruiting service for financial and real estate companies. A speech therapist whose job was eliminated decided to help immigrants communicate better.

These “encore entrepreneurs” are increasingly finding their niche: Their numbers are growing more than twice as fast as the population of New Yorkers over 50. Now a new report by the Center for an Urban Future, a nonprofit research and policy organization, has documented the trend using an analysis of census and labor data and dozens of interviews with organizations that work with entrepreneurs.

“Ask most New Yorkers to picture an entrepreneur, and they imagine a 20- or 30-something in jeans and sneakers. But the face of entrepreneurship across New York City is changing,” reads the report, “Starting Later: Realizing the Promise of Older Entrepreneurs in New York City.” The number of self-employed New Yorkers who were at least 50 rose to 209,972 in 2016, up 63.7 percent from 128,282 in 2000. By comparison, the number of city residents overall who were at least 50 rose just 28.5 percent to 2.67 million from 2.08 million during that same period.

These older New York entrepreneurs are also part of a national trend, driven partly by the financial crisis a decade ago. Still, their numbers have grown even as the economy has rebounded. In August, the national unemployment rate was 3.9 percent overall, and 3.1 percent for those 55 years and over, according to the Bureau of Labor Statistics.

For many, it means no more answering to bosses half their age, or making do with part-time jobs bagging groceries to get by in their golden years.

Since 2016, the AARP Foundation has partnered with local business development and social service groups on a program for older entrepreneurs, called Work for Yourself @50+, in more than two dozen major cities.

Older entrepreneurs comprise an overlooked demographic group and require more resources and support services, said Jonathan Bowles, the executive director of the Center for an Urban Future. New York City, he said, should create an incubator for older entrepreneurs and tailor startup competitions that provide them seed money. While many older people have ideas, he said, they often lack the confidence and resources to follow through.

“This is such a great opportunity to bolster the city’s economy and help more New Yorkers become financially secure later in life,” Bowles said. “Given the demographics, New York could see an even more powerful boost from older entrepreneurs in the next decade.” Manhattan has the highest concentration of entrepreneurs 50 and over — 72,996. Next is Queens (58,597); Brooklyn (45,961); the Bronx (22,094); and Staten Island, (10,324), according to the report.

Julianne Cho, a spokeswoman for the Department of Small Business Services, said that they already provide a wide range of resources to help entrepreneurs of all ages, including holding free classes and programs and connecting them to a network of lenders that provide tens of millions of dollars in low-interest loans.

Many entrepreneurs 50 and older said they have no choice but to look for new and creative ways to supplement their income and savings as they live longer. They describe feeling squeezed by rising rents and health care costs, and are facing uncertain job prospects and age discrimination, especially in industries where younger workers are less expensive and are often more fluent in digital and social media skills.

Lynn Zuckerman Gray struggled to find work in 2008 after the collapse of Lehman Bros., where she was the chief administrative officer for the commercial real estate group. She was 59. Gray enrolled in a free, city-sponsored entrepreneurship boot camp. She had recruited job candidates for Lehman and realized that she could do the same for other companies that did not have the resources or personnel to recruit on college campuses. Today, she is the chief executive officer of Campus Scout, which recruits job applicants, plans strategy and trains employees for 32 companies.

“What we bring to the table is experience, wisdom and an incredible network — and those three things really ensure success in a startup company that younger people don’t have,” said Gray, now 69.

For Gordon Bennett, 66, it was time for a career change as job opportunities dwindled after three decades of working as a creative director in the high-pressure advertising industry. In 2011, he decided to take a chance and spent $40,000 of his savings to go into business with Barry Schwartz, a former chef at a yoga retreat who had a recipe for tempeh. “When we started off, we had no idea what we were doing,” Bennett recalled.

From their home kitchens in Brooklyn, they began making organic tempeh from soybeans as well as alternative ingredients: adzuki beans; white navy beans; and brown rice. Later, they expanded to a commercial kitchen in Queens and hired eight part-time workers, but kept the name of their company, Grown In Brooklyn. They sell $125,000 worth of tempeh annually to 40 restaurants, groceries, meal services and outdoor markets.

Starting a business is also a chance for older entrepreneurs to go all-out and pursue their passions and interests. Stephanie Golden, 57, a successful financial sales executive, founded Biggie’s Crack Toffee — named for her 14-year-old cat — in 2015 after making the treats of hardened butter and sugar, chocolate and nuts for her friends and relatives. She gave a sample to a friend who worked for Oprah Winfrey, and the toffee made it onto Oprah’s list of favorite things. Sales have soared.

Another late-in-life entrepreneur, Elizabeth Schwartz, 68, has helped about 200 immigrants to reduce their accents since 2012. Though she had the idea for a while, it was the elimination of her job supervising speech therapists that finally motivated her to take the next step and start her own company, Better Speech Now.

“This is something I wanted to do,” she said. “And I just didn’t see myself as a retired person.”