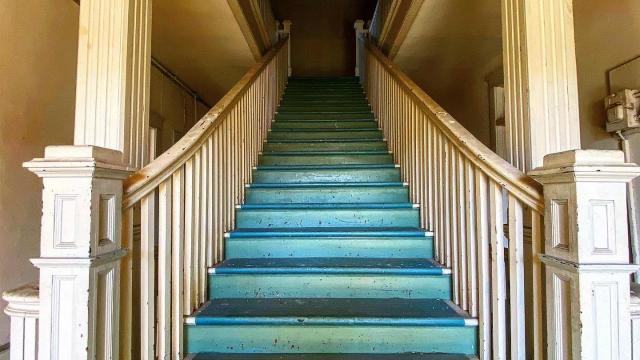 Sanford, N.C. — The Masonic Temple on Carthage Street in Sanford was once a lively spot – right in the heart of the community.

With the classic Cole's Pharmacy – complete with a vintage soda bar – downstairs, and a lodge of the community's movers and shakers upstairs in the temple, the building played a prominent role in the community.

Just next door, the Temple Theater, which took its name from its Masonic neighbors, heralded the stars of vaudeville and burlesque 1930's road shows.

And all of it sat on a new major highway, U.S. Highway 1.

Alas, not all glory days last. 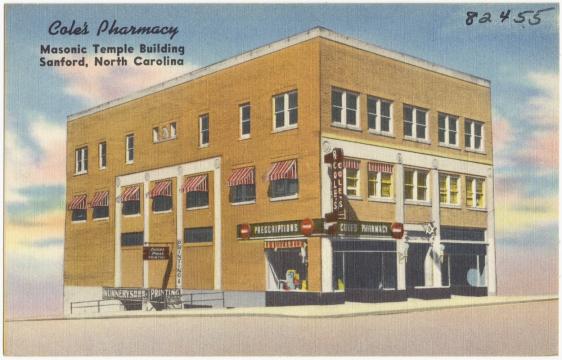 When the lodge moved out, a rotation of locally-owned businesses took over a few rooms in the century-old structure; however, much of the historic building remained abandoned, untouched.

However, small clues to the Masonic Temple's glorious past remain tucked throughout the building – the original cornerstone, the Masonic carvings, the grand Masonic stairwell where decades of leaders left their foot scuffs, the classic architecture inside the vacant, dusty rooms.

Soon, the building may come to life once again. 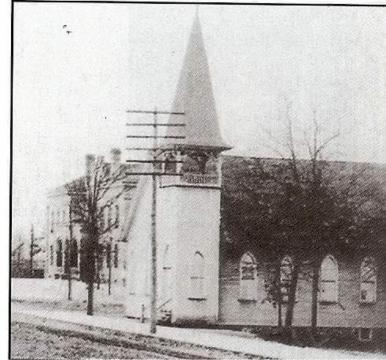 In 1893, Sanford Baptist Church held the land where the temple now stands. The congregation remains today, under the name First Baptist Church.

With 15 charter members, the church started small. However, in 1919 the growing congregation, combined with the burgeoning town of Sanford, meant the church needed space to expand. 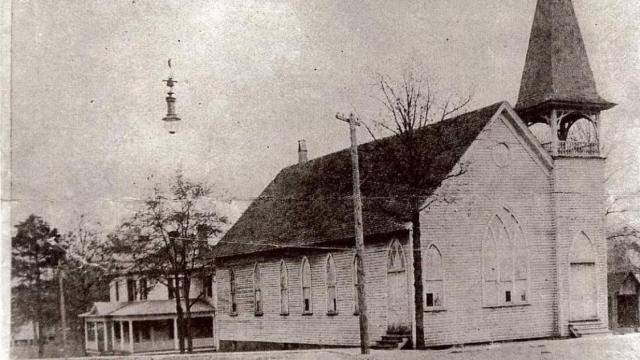 One historian pointed out that "automobile noise on the corner of Steele and Carthage Street in downtown picked up as U.S. Highway 1 arrived."

The arrival of the highway made the location ideal for a Masonic Temple.

Around the same time, the Chalmers Lodge, founded as early as 1853, in the nearby community of Carbonton merged with McCormick 228 and moved to Sanford to become lodge 151.

The Sanford Masonic Lodge 151 purchased half of the church's land for $20,000 in 1924 – and the church congregation borrowed space in the West Sanford Graded School, which stood where First Citizens Bank stands today.

That section of Sanford has seen immense change over the decades – making the preservation of historic structures all the more important for ensuring critical history isn't lost forever. 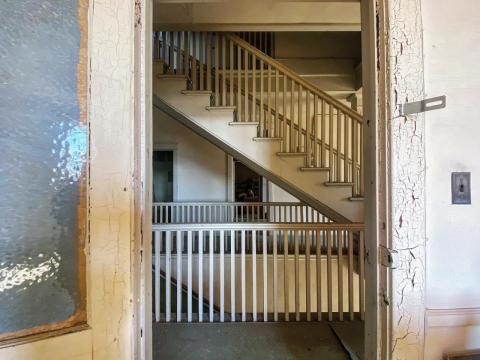 A treasure trove of history: Hints to the past still inside the temple

The Masonic Temple has had many facades over the past 100 years, and it's been mostly vacant and underutilized since the 1980s. With the exception of a handful of stores in certain parts of the building, most of the large structure remained untouched.

According to Owl's Nest Properties, the real estate investment company which purchased it, it still has a lot of antique remnants from the structure's history. 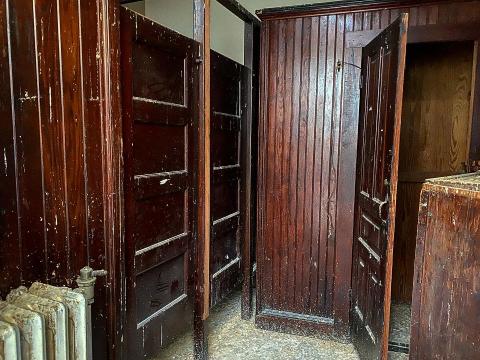 "It has the original tin ceiling, the gorgeous antique Masonic stairwell, the old meeting room with the white Masonic pillars, and even the room where new members would sit blindfolded," said Cori Mckee-Whipple, a real estate investor Owl's Nest Properties.

McKee-Whipple is passionate about investing in and restoring historic buildings, helping ensure history isn't lost as Sanford grows and develops. 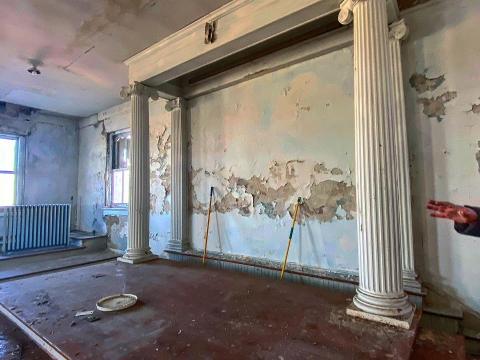 The top floor of the historic structure, which is slated to become modern apartments, holds the original meeting room dating back to the 1920s.

The old stage with antique white pillars on either side was where the Master Mason would sit during meetings. On the other side of the room, original meeting chairs emblazoned with the Masonic symbol show where other high level members would sit. 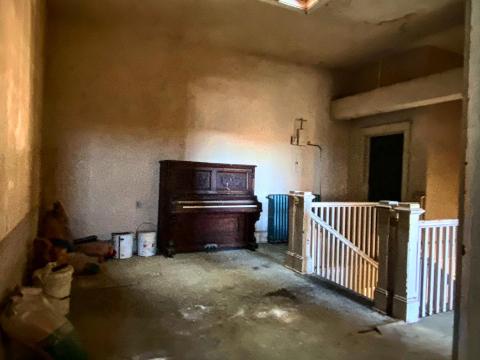 An old piano dating back to the 1800s sits in the hallway, beneath the 'secret entrance' to a tunnel to the building's large roof.

The original ticket booth can still be seen in the architecture – an unusual window sitting in the middle what would otherwise appear to be a hallway closet. 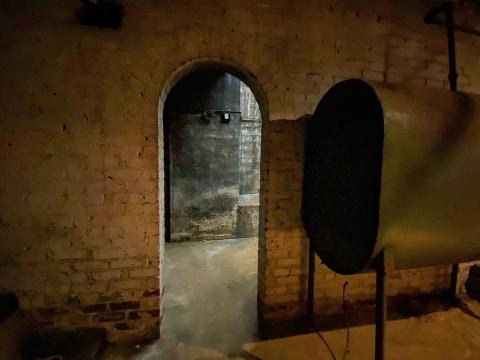 In the basement, an authentic coal chute remains – a relic from a time before HVAC systems and heaters.

And in the center of it all, the grand Masonic stairwell itself, with heavy hardwood pillars and the original wooden steps protected beneath coverings. These stairs still hold the scuff marks from foot-falls of prominent men who served here.

What will happen when the building is restored?

Owl's Nest Properties plans to keep as much of the original historic architecture as possible.

"The stairway will remain. We will restore the wood to its original historic color," said Mckee-Whipple. "I'm so excited to see it all come to life."

The top two floors will be converted into apartments right in the heart of this historic section of downtown Sanford.

Meanwhile, commercial spaces will fill spaces on either side of the grand Masonic stairwell.

"We also plan to have a marketplace, where smaller businesses can rent affordable booth space and bring fun and convenient items for the tenants who live upstairs," she said.

The basement will keep the cobbler, Nunnery Shoes.

Almost all the commercial space has already been rented.

"We are super excited to be able to bring it back to its glory," said Mckee-Whipple.

Explore inside the Masonic Temple and see it all for yourself

WRAL's Hidden Historian gives a firsthand look at the historic stairwell, coal chute, meeting room and everything else inside the Masonic Temple in her live stream.