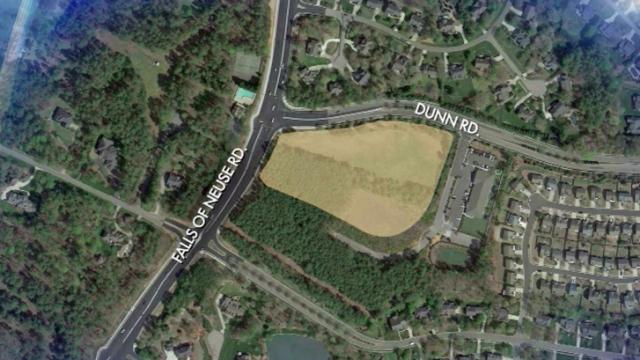 Raleigh, N.C. — More than 100 residents attended a Raleigh Planning Commission meeting Tuesday morning to express concern over how the city plans to rezone a site along Falls of Neuse Road in north Raleigh for a strip mall.

Charlotte-based developer Morgan Property Group submitted a proposal to the city in 2013 to rezone the 12-acre site at the intersection of Falls of Neuse and Dunn roads to allow construction of a 50,000-square-foot Publix supermarket, several smaller stores and a bank.

About 3,400 residents of the nearby Bedford, Falls River, River Oaks, Wood Spring, Whittington and Oakcroft subdivisions have signed a petition against the rezoning, saying it's too much retail in a residential area. They have also expressed about traffic and the potential impact on the watershed area.

At the 9 a.m. meeting, the Planning Commission heard from staff, who said the project would result in some intersections receiving a failing grade unless turn lanes are added.

The City Council has final say over the rezoning. A hearing date has not yet been set.

Meanwhile, Publix plans to open its first area store Oct. 29 in Cary, at the intersection of Davis Drive and High House Road.