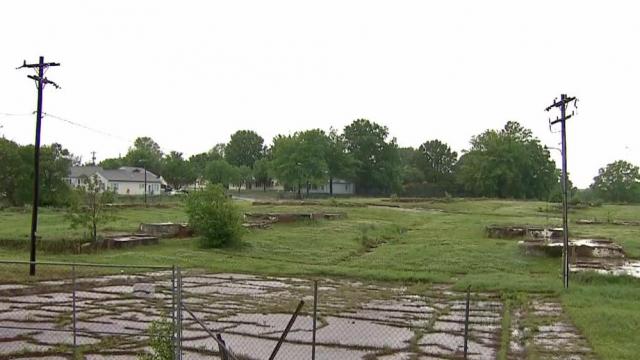 Members of Durham’s Congregations, Associations and Neighborhoods, known as Durham CAN, are asking the Durham Housing Authority to exercise what they believe is its right to regain control the property.

In 2007, Durham housing forced those living in Fayette Place to leave their homes and, several years later, all of the buildings were leveled.

“There are people all throughout the city that are coming out today to make sure that there is justice for this community,” said Ivan Parra with Durham CAN. “This used to be the center of the African-American community, many years ago, and we want to rebuild this community with local residents.”

The Fayette Place property was purchased by Philadelphia-based development company Campus Apartments in 2007. The company said in the past that it shares the community’s desire to develop the property and that they have pursued viable opportunities.

Five out of six city council members in attendance Monday night said they would be in favor of allocating money from the city budget to buy the land back from Campus Apartments, unless the company agrees to donate the land.