Wendell, N.C. — A former soldier in the Triangle said his service dog has done more for him than any medication and ultimately saved his life.

The dog came into Chris Ellis’s life last summer. Ellis said his life hasn’t been the same since.

The veteran said spending time with his new best friend Lex has made life worth living.

Now, the dog is in a national competition that ends with a gala in Beverly Hills. 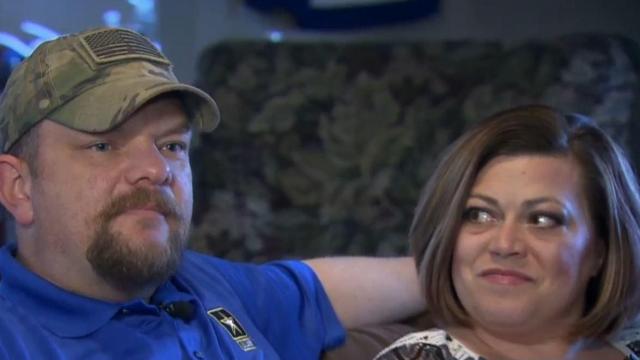 The dog is among 265 dogs from across the country competing in the Humane Society's Hero Dog Awards.

Ellis lost many friends he had from serving in the Army, losing seven in a two-month stretch in 2017.

"I was very depressed," Ellis said. "I don't want to say what I would have done, but it wasn't very far away. Especially when you lose friend after friend."

Ellis came across a Raleigh-based group called Stop Soldier Suicide, which gave him his best friend.

"(Lex) helps me be comfortable around people," Ellis said. 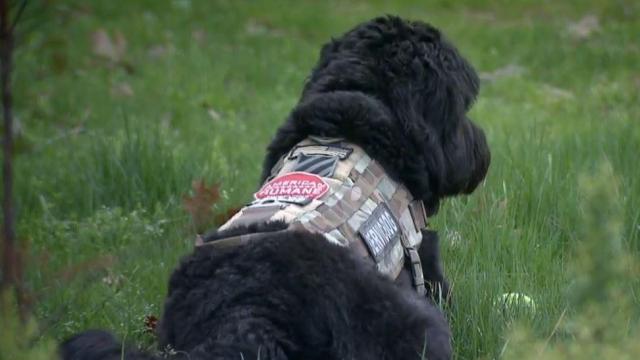 The rescued labradoodle is a therapy dog trained to bring some peace to former warriors like Ellis, who suffered a traumatic brain injury in Iraq in 2003.

Ellis has also struggled with post-traumatic stress disorder. Before Lex, he shunned crowds because they gave him so much anxiety.

"He picks things up for me. He helps me create space for me and make people back off some," he said.

The dog's assistance has gone beyond his training. He can now read the signals of an oncoming migraine and alert his master to take his medication.

His wife, Kerry, says the dog has changed their lives and given her husband a new outlook. 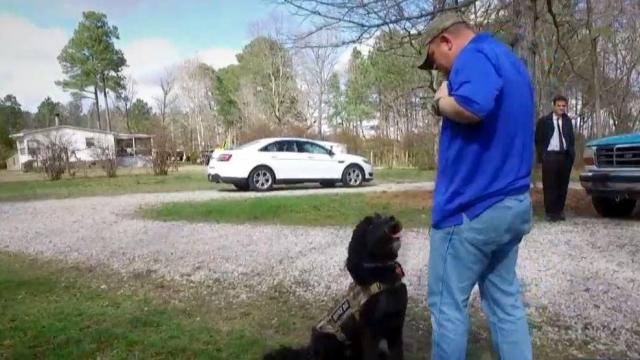 "I think it's been life-saving for him," she said. "He really needed something other than medication and therapy."

Ellis said the dog has shown him how every day, ordinary things make life worth living.

People across the country can vote online in the Hero Dog Awards . There will be several rounds of voting through September.

When asked why people should vote, Ellis’s response was simple.

There will be several rounds of voting through September.