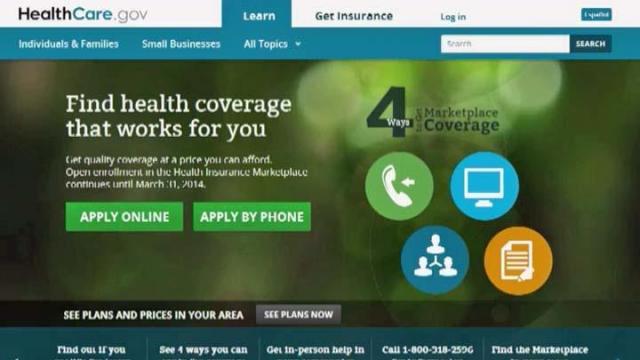 Raleigh, N.C. — Given the hyper-partisan atmosphere surrounding the Affordable Care Act, what some call "Obamacare," the reaction to this week's Congressional Budget Office economic forecast verged on the inevitable.

The report by the nonpartisan CBO showed that, as a result of the Affordable Care Act, Americans would choose to work fewer hours over the coming decades. The amount of time shaved from U.S. time cards, according to the CBO, would be the equivalent of somewhere between 2 million and 2.5 million full-time jobs.

It was the birth of 1,000 screaming headlines, press releases and, of course, online campaign ads.

"How many workers will have to lose their jobs? How many people will have to pay for Kay Hagan's loyalty to Obama?" intones a female narrator in a web spot by state House Speaker Thom Tillis' U.S. Senate campaign.

Tillis is leading contender for the GOP nomination to take on Hagan, a Democrat who is seeking re-election to the U.S. Senate this fall. The ad's larger point is that Hagan is closely allied to President Barack Obama.

"Kay Hagan's Vote for Obamacare May Cost North Carolina over 74,000 jobs," bellowed the headline of a news release from Americans for Tax Reform, the conservative group headed by Grover Norquist that argues for lower taxes. ATR came to the 74,000 number by giving each state a proportional share of the 2.5 million full time jobs the CBO report spoke about.

The problem here isn't with the math, but the overall assertion that the ACA will cost the state, or the country, jobs. That's not what the CBO report says.

"It comes down to the difference between labor supply and labor demand," said Andrew Brod, an economist at the University of North Carolina at Greensboro. "When we talk about job losses – people leaving employment involuntarily – we're talking about reducing labor demand by employers."

The CBO report, he said, is speaking to labor supply and whether people are choosing to work or not.

Brod says it's a "grotesque misinterpretation" to say the CBO is reporting that the health care law costs jobs. He argues that the fact workers will cut back their hours could be a good thing.

The idea behind "job lock" is that people won't leave a job if they fear losing their insurance. The ACA, he said, could give these people the option to move to a new job or leave to start their own business.

However, he adds, the CBO report does provide some fodder for those opposed to the law. In North Carolina, the number of workers dropping out of the labor force has been a concern for economists, and the report suggests that the majority of people who cut back their hours will be lower-income workers. Those will be people taking advantage of the subsidies offered for health insurance under the ACA, which will cost taxpayers more.

That said, there is some evidence that employers might cut back on the number of jobs or the hours existing workers are allowed to work each week – it just doesn't come from the CBO report.

John Graham, a Duke University economics professor, recently helped author a report based on a survey of corporate executives about how ACA might influence their hiring decisions. Companies that don't provide a certain caliber of health insurance for each of their full-time workers pay a tax penalty under the law.

"Close to half said they would do some form of reducing the number of hours or reducing the total number of workers," Graham said of his survey of corporate chief financial officers.

That finding speaks to the labor "demand" that Brod was talking about and could suggest there will be fewer jobs available, or at least fewer total hours available for each worker.

However, the conclusion drawn from Graham's report cannot be attributed to the CBO report's authors.

"The CBO report speaks more to people deciding to work less or give up their job entirely," Graham said.

CBO director Douglas Elmendorf told a House committee that parts of his report indicated the ACA could help reduce unemployment.

All of which suggests that politicians like Tillis and others would do well to stay away from blanket statements that the ACA is costing jobs if they are relying on the CBO estimates.

Other nonpartisan fact-checkers who have written extensively on the CBO report have come to similar conclusions about how public figures are misusing the findings:

Politifact took Fox News personality Gretchen Carlson to task for saying "The CBO now says the president's health care law will cut the number of full-time jobs in the United States by 2.3 million by 2021." In response, Politifact rated that statement "mostly false" and added, "The word 'cut' sends the message that jobs are being taken away, but that's not the case. On top of that, the statement confuses the number of jobs with the number of workers, and more specifically, the number of hours worked."

The Washington Post fact-checker Glenn Kessler took on a passel of similar claims, writing, "First, this is not about jobs offered by employers. It’s about workers – and the choices they make." Kessler awards "Three Pinocchios" to anyone intentionally conflating jobs and the number of employees.

And finally, FactCheck.org pilloried House Majority Leader Eric Cantor for tweeting, "The CBO’s latest report confirms what Republicans have been saying for years now....Under Obamacare, millions of hardworking Americans will lose their jobs and those who keep them will see their hours and wages reduced." FactCheck notes that the CBO says the drop in full-time workers "is 'almost entirely' due to a reduction in 'the amount of labor that workers choose to supply.'"