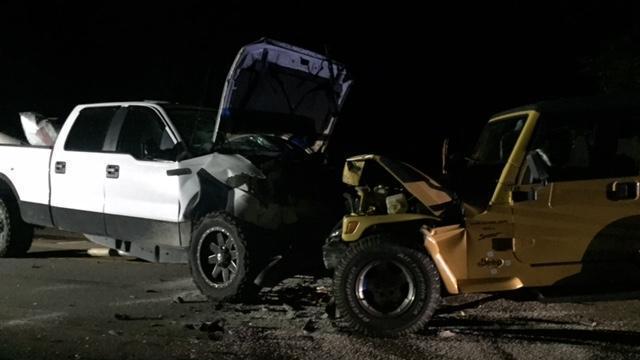 Raleigh, N.C. — A driver in a Wednesday night crash that sent seven people to the hospital told police that he had taken Xanax and drank three beers prior to the wreck.

According to a wreck report, a car driven by Bryce David Burns, 18, was driving south in the northbound lane on Southall Road toward a pick-up truck driven by Marlen Uriostegui at about 9 p.m.. Witnesses at the scene told police that Burns’ car swerved in and out of its lane about 10 times before striking Uriostegui’s vehicle head-on, the report said.

Seven people, including five children ranging in age from 4 to 12, were taken to WakeMed.

In a 911 call, a woman can be heard telling a dispatcher that the driver of the Jeep, later identified as Burns, was slumped over and “really bleeding.” The caller said he was attempting to get out of the vehicle, despite being told to stay in place until paramedics arrived, and seemed confused.

Burns, of 3600 Willow Bluff Drive, has been charged with driving while impaired, failure to maintain a lane and failure to reduce speed.

Police estimate both vehicles were traveling at about 40 mph in a 35 mph zone.

Uriostegui, 30 of 5701 Foxhall Village Road, was charged with driving with an expired registration and four counts of not having children properly restrained.