Washington — North Carolina's two Republican U.S. senators, Richard Burr and Thom Tillis, are among the top three members of Congress to benefit from National Rifle Association spending, according to the Center for Responsive Politics.

The center, a nonpartisan organization that tracks money in U.S. politics, compiled data from campaign finance filings for all members of Congress dating to 1989. The totals included donations from the NRA as well as spending on behalf of candidates by political action committees and independent groups affiliated with the gun rights group.

Burr topped the list with nearly $7 million in NRA support over his more than 20 years in Congress, according to the report. About 80 percent of that spending was for attack ads on opponents by affiliated groups. 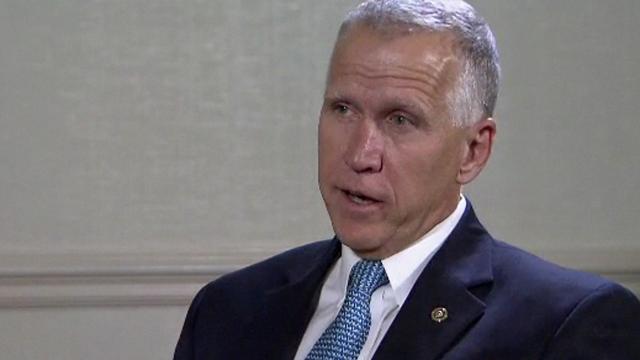 Meanwhile, Tillis, who has been in Congress for less than three years, ranked third on the center's list, with more than $4.4 million in total support. More than half of that spending was on attack ads against former U.S. Sen. Kay Hagan during their bitter 2014 campaign, according to the report.

Burr consistently rates as one of the strongest pro-gun lawmakers in Washington, D.C. Spokeswoman Rebecca Glover declined to comment Tuesday when asked whether the NRA's support has influenced Burr's positions on gun control or restrictions on accessories such as bump stocks, and whether his positions have changed at all after the mass shootings in Las Vegas last month and Sutherland Springs, Texas, on Sunday.

Tillis' office didn't respond to repeated requests for comment. In 2013, while he was speaker of the North Carolina House, he supported a major overhaul of state gun laws to allow concealed weapons to be carried in more places, including parks and restaurants.

Republican 3rd District Congressman Walter Jones and 10th District Congressman Patrick McHenry were the only other members of North Carolina's congressional delegation to rank in the top 100 of the center's rankings. Jones came in 71st, with $56,655 in NRA support, while McHenry ranked 91st, with $43,070 in support.