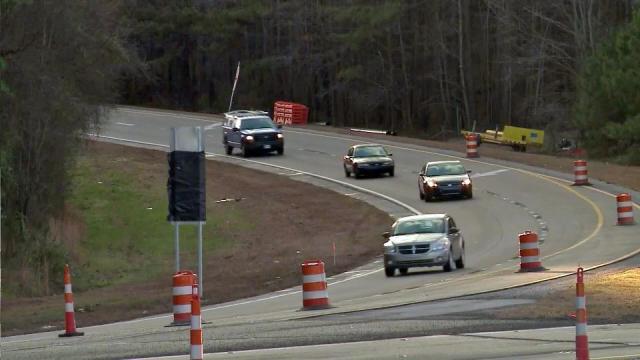 Rough roads in the Triangle are bouncing money out of drivers’ pockets, according to a report released Wednesday.

Washington, D.C.-based transportation nonprofit TRIP says deteriorating, congested and unsafe roads across North Carolina cost the state’s drivers a total of $10.3 billion annually. In the Raleigh and Durham areas, it works out to $1,442 per driver each year.

The TRIP report says 14 percent of the Triangle area’s major roads are in poor condition, and 24 percent are in mediocre condition. Eight percent of the region’s bridges were rated as poor or structurally deficient. Just over half were in fair condition, the report estimates.

The state’s gas tax pays for just over half of North Carolina’s transportation budget, but travel changes due to the pandemic and greater fuel efficiency have slashed that revenue, according to a report from the N.C. Department of Transportation. Business leaders have formed a group called Destination 2030, which is lobbying state lawmakers to find ways to replace that lost revenue and make bigger investments in transportation projects.

"Destination 2030 is there to encourage elected officials to take a hard look at where we are and make some bold decisions going forward on how to diversify our revenue sources," said Gary Salamido, president and C.E.O of the NC Chamber, during a Wednesday morning virtual press conference detailing the report’s findings.

The NC Chamber Foundation is calling for the state to phase out the gas tax and replace it with other sources of revenue. It advocates for a mileage-based user fee, adjustments to the highway use tax and dedicating part of the statewide sales tax to transportation projects to help make up the difference.

"There’s no immediate consensus on the one perfect solution," said Joe Milazzo II, executive director of the Regional Transportation Alliance, a group of business leaders advocating for transportation improvements. "But there’s an absolute consensus that we need to have an efficient, safe and well-maintained system, because there’s no question this state’s continuing to grow."

Salamido says investments in the state’s transportation systems are not just to help individual drivers enjoy a safer, faster commute. TRIP found that $672 billion dollars of freight passes through North Carolina each year. It expects that amount to double in the next 25 years.