Report: As Amazon looks to build $5B HQ it already reaps $1.2B in tax subsidies, incentives

Raleigh, N.C. — Triangle and North Carolina government leaders and private sector executives are preparing to submit what is likely to be a tax incentive-laden proposal to Amazon in hopes of securing its mammoth $5 billion, 50,000 job HQ2 project. But analysis by The Business Journals, including the Triangle Business Journal, finds that the ecommerce giant is already benefiting from more than $1.2 billion in incentives and subsidies for other projects.

In a special report being published Wednesday online and in The Triangle Business Journal's print edition on Friday, the media group describes what it calls "The Amazon Effect: How taxpayers are funding the disruption of the U.S. economy."

Not everyone in the Triangle is eager to see North Carolina win the project.

Art Pope, who is the chairman of Raleigh-based Variety Wholesalers, the parent of Rose’s, told TBJ that North Carolina families and businesses “who have been paying taxes in North Carolina for decades” should not have to subsidize the relocation of a major company – “especially if they’re going to compete with them.” 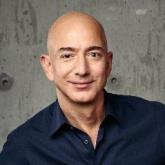 Amazon is run by Jeff Bezos, one of the world's richest men, who also owns The Washington Post.

WRAL is partnering with the Triangle Business Journal in reporting about the series and will present a number of stories to accompany TBJ's reporting over the coming days.

Amazon, the seller, is now the shopper

Amazon is shopping for the best package it can get for the building of a second headquarters beyond its current HQ in downtown Seattle. The bidding for the project is expected to reach billions of dollars.

The company has outlined a long list of criteria that it says must be met in order to land the project, the winner of which is expected to be announced in 2018.

Among the stipulations are workforce availability, a metro area of sufficient size close to transportation hubs such as an international airport and quality of life.

North Carolina officials have said they plan to pursue the project even though the cost will likely be high. The state, for example, recently approved as much as $25 million in taxpayer incentives to .

Foxconn chose Wisconsin for a much smaller scale project and fewer jobs yet could receive more than $3 billion in tax incentives and other benefits as approved by the state.

Amazon already has a growing presence across North Carolina, from distribution centers in the Triangle and near Charlotte while also providing its "Prime" delivery service for groceries and much more. It currently has some 2,000 employees with thousands more to be added on a temporary basis for the holidays.

Triangle leaders in partnership with the N.C. Department of Commerce, the Economic Development Partnership for North Carolina and the Research Triangle Regional Partnership have already formed a task force to prepare a bid for the project.

Other groups across North Carolina also are preparing bids, including Charlotte.

Responses are due to Amazon by Oct. 19.

“While states and localities actively vie for an Amazon presence, our reporting shows that the jury is still out on whether jobs and economic benefits materialize as promised. Amazon’s precision and need for speed creates a tidal wave for localities, challenging them to offer incentives without the time to weigh and vet the long-term impacts,” said Jon Wile, vice president of content at The Business Journals.

“Although there has been a great deal of transaction-by-transaction reporting on Amazon’s real estate deals and the jobs that its facilities produce, 'The Amazon Effect' brings it all together to paint a fuller picture of the company and its impact on local economies.” 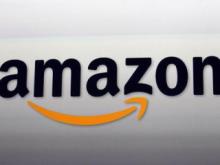 The series notes that Amazon projects are often welcome in their communities despite mixed results.

“Unlike other companies that have extracted major incentives and subsidies from local governments, Amazon does not draw skepticism and ire. In fact, as the current high-profile bidding for HQ2 demonstrates, they are welcomed with open arms,” Wile said.

TBJ cites the following as what the media group considers its primary findings:

• An analysis of public records and financial filings from across the U.S. reveals that taxpayer subsidies helped support the construction or expansion of Amazon’s sprawling network of more than 257 fulfillment and distribution facilities, a nearly 150 million-square-foot portfolio of facilities housing hundreds of thousands of workers in 33 states.

• The returns on these public investments are mixed, with Amazon being a savior to some communities and disrupter to the retail economy in others. In San Marcos, Texas, and Tracy, Calif., jobs created were double or even triple expectations while in Stoughton, Mass., and Miami, job totals and wages fell short, sparking accusations that Amazon made misleading promises.

• The returns for taxpayer subsidies were often low-wage warehouse functions that by the company’s own admission are likely to be replaced by robots in the near future.

• The Business Journals found examples in which elected officials, operating on the belief that any jobs are better than no jobs, waived wage requirements so Amazon could qualify for particular taxpayer subsidies or incentive plans. These moves cost localities millions in tax incentives for an Amazon presence that then contributed to the disruption of the local economy.

• Amazon made dramatic increases in its lobbying efforts in Washington, employing 77 lobbyists this year.

• Amazon lobbying efforts target taxes – Amazon filed the most reports (17) on tax policy of any U.S. company this year. The company also filed on anti-trust issues. And it shifted other lobbying efforts from postal rate controls to legislation that would affect Amazon’s ability to deploy drones.

Read the series at: