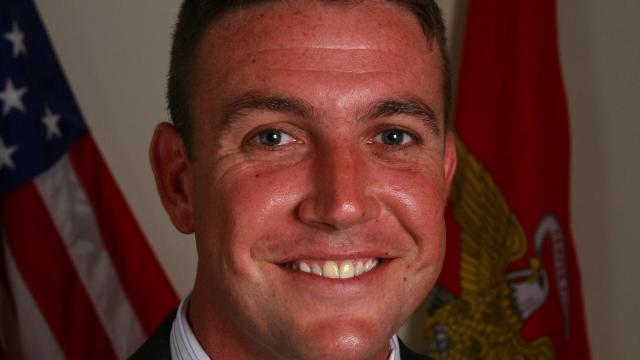 CNN — California Republican Rep. Duncan Hunter acknowledged Saturday that he posed for a photo with a dead enemy combatant while serving in the US Marine Corps -- arguing that many service members have done the same in an attempt to defend a Navy SEAL chief who is facing charges that could constitute war crimes.

Hunter, who won reelection in November despite facing indictment on federal corruption charges for an alleged misuse of campaign funds, has been a vocal supporter of Edward "Eddie" Gallagher, a Navy SEAL who faces a slew of accusations connected to violations of military law while he was deployed to the Iraqi city of Mosul in 2017.

Among the accusations against Gallagher are that he stabbed and killed a wounded person, shot at noncombatants, posed for a photo and performed his re-enlistment ceremony next to a corpse, according to a charge sheet from November.

Gallagher has pleaded not guilty.

During a town hall in his district Saturday, Hunter told his constituents that he too posed with a dead combatant but did not post the photos to social media, according to the San Diego Tribune.

Hunter also called the military justice system "corrupt" and said it is run by lawyers who target "war fighters."

The congressman's office did not immediately respond to CNN's request for comment.

Ammar Campa-Najjar, who was Hunter's Democratic opponent in 2018 and is running against him again, put out a statement from Chris Dalton, a Marine Corps Veteran who served with Hunter.

"As a proud veteran of Operation Iraqi Freedom (the same war in which Duncan Hunter fought), I am greatly disappointed by Congressman Hunter's recent comments about his own conduct in Iraq," Dalton said in the statement. "American military tradition, American values, and the Uniform Code of Military Justice demand that we be better than the actions he spoke about from that stage."

Earlier this month, Hunter said he was planning to ask President Donald Trump to pardon Gallagher if he is found guilty, citing new combat footage from a helmet camera.

Hunter's office said last week that the congressman hadn't spoken to Trump about a pardon for Gallagher, but "is hopeful that President Trump does take this action, it certainly is warranted."

Trump confirmed on Friday that he is considering pardons for several service members who are accused of committing war crimes, but said he may wait until "after the trial" to make a decision.

"So we're going to take a look at it. I haven't done anything yet. I haven't made any decisions. There's two or three of them right now. It's a little bit controversial. It's very possible that I'll let the trials go on and I'll make my decision after the trial," the President told reporters at the White House.

CORRECTION: This article has been updated to reflect that the statement put out by Amma Campa-Najjar's campaign was attributed to Chris Dalton.