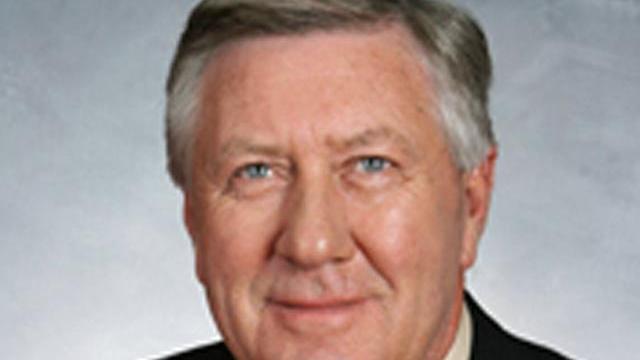 Six-term Rep. Bill Brisson of Bladen County told WECT-TV he would file paperwork to change his voter affiliation on Wednesday.

The switch means Republicans will have 75 of the 120 House seats. Democrats would have to pick up four seats in the 2018 election to end the GOP's veto-proof majority.

Brisson routinely voted with House Republicans, particularly on legislation such as the budget, redistricting and overriding some of Democratic Gov. Roy Cooper's vetoes.

Brisson didn't immediately return calls to The Associated Press, but he told the TV station he's been getting pressured by constituents to change parties. He says he doesn't have a lot in common with the Democratic Party "because they have become so liberal."

"Rep. Brisson has been a hard-working and conservative voice in our state legislature for quite some time now. We are elated with his decision to switch his registration to a political party that will better serve himself and his constituents," Robin Hayes, chairman of the North Carolina Republican Party, said in a statement.

Wayne Goodwin, chairman of the North Carolina Democratic Party, called Brisson "an honest public servant" but noted that he voted with the GOP majority in the House more than 90 percent of the time.

"Our party remains committed to fighting for every seat possible in order to retake the majority by 2020. Under fairer maps in 2018, we are confident we will break the Republican super-majority," Goodwin said in a statement. "Today's news does not change the calculus needed to reach that goal."