Fayetteville, N.C. — Renovations on the Prince Charles Hotel in downtown Fayetteville won't be finished until February, but that hasn't stopped people from signing up to move in.

Eight of the 62 one- and two-bedroom apartments in the Hay Street building have already been leased, and project manager Jordan Jones predicts the rest will be taken by the time the building reopens. 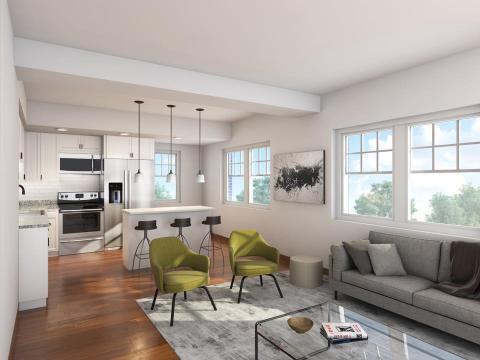 "We have named this project the Gathering at the Prince Charles," Jones said Wednesday. "This property will serve as a new gathering, a new focal point here in Fayetteville for people to live, work, play and eat.

The project also will include three restaurants, and a new minor league baseball stadium is being built nearby. 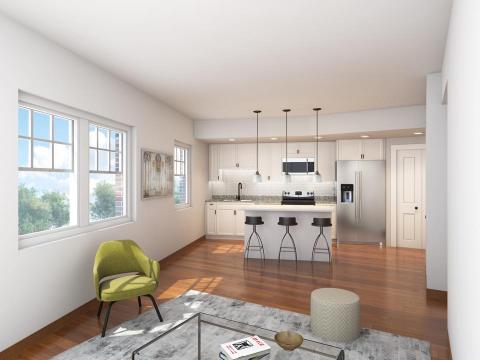 The Prince Charles was a decrepit eyesore for years that several people unsuccessfully tried to rehabilitate. Jones and his partners bought the historic building at auction in 2014 for $200,000 and have invested $17 million in the renovation. In order to keep the historic appeal, the wooded windows had to be restored at a cost of $3,000 each, he said. 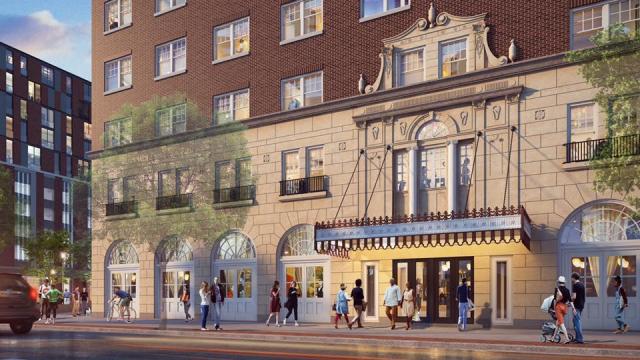 "She sat vacant and dilapidated for too long of a time," Jones said. "It's time for someone to step in and start bringing her back to life, and that's exactly what we're doing. And I'm sure my great-great-grandfather would be very excited to see the progress we're making."

His great-great-grandfather helped build the original hotel in the 1920s.

Baseball great Babe Ruth stayed at the Prince Charles during its heyday – he hits his first professional home run while playing in Fayetteville in 1914 – and a mural depicting fans at a baseball stadium was uncovered when contractors peeled off the old drywall.