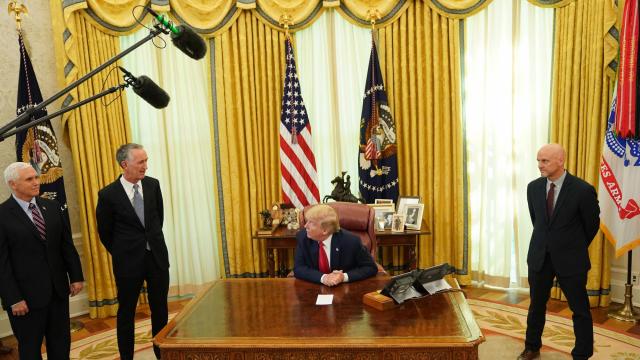 Remdesivir, the only antiviral drug authorized for treatment of COVID-19 in the United States, fails to prevent deaths among patients, according to a study of more than 11,000 people in 30 countries sponsored by the World Health Organization.

The data, which were posted online Thursday, have not yet been peer-reviewed or published in a scientific journal.

“This puts the issue to rest — there is certainly no mortality benefit,” said Dr. Ilan Schwartz, an infectious-disease physician at the University of Alberta in Canada.

But Dr. Peter Chin-Hong, an infectious-disease expert at the University of California, San Francisco, was more circumspect.

A huge trial like this one, conducted in various countries with various health care systems, can lead to inconsistent treatment protocols whose effects can be difficult to analyze, he said.

“So much goes into care,” Chin-Hong said. “The drug is only part of it.”

Remdesivir, which was originally developed as a treatment for Ebola and hepatitis C, interferes with the reproduction of viruses by jamming itself into new viral genes.

The drug was granted emergency authorization by the Food and Drug Administration on May 1 following a trial by the National Institutes of Health, which found that remdesivir modestly reduced the time to recovery in severely ill patients.

That study, too, did not find that remdesivir prevented deaths in patients with COVID-19. Dr. Anthony Fauci, director of the National Institute of Allergy and Infectious Diseases, acknowledged at the time that remdesivir was not a “knockout” drug.

A final analysis, published in The New England Journal of Medicine on Oct. 8, suggested “a trend toward reduced mortality” in certain patients receiving remdesivir, according to the drug’s maker, Gilead.

Gilead disputed the conclusions of the WHO study Thursday, noting that a variety of drugs and drug combinations had been evaluated under a wide range of circumstances and that more rigorous studies had found a benefit.

Because of its design, there was “significant heterogeneity” in the way the trial was conducted. “Consequently, it is unclear if any conclusive findings can be drawn from the study results,” the company said in a prepared statement.

The antiviral has become part of the standard of care for COVID-19 patients in the United States and has been administered to thousands of patients since its approval, including President Donald Trump after his diagnosis with COVID-19 this month.

The drug costs $3,120 per treatment course for patients with private insurance in the United States.

Although originally cleared only for use in people who were sick enough to need supplemental oxygen or breathing support, remdesivir’s emergency authorization was expanded in August to include all hospitalized patients, regardless of disease severity.

The move was criticized by some experts, who said the FDA had made the shift without sufficient evidence.

The WHO’s study, called the Solidarity trial, enrolled more than 11,300 adults with COVID-19 in 405 hospitals in 30 countries. The participants were given four drugs singly or in combination: remdesivir, hydroxychloroquine, lopinavir, interferon or interferon plus lopinavir. About 4,100 received no drug treatment.

In the end, no drug or combination reduced mortality, the chances that mechanical ventilation would be needed or time spent in the hospital, compared with the patients without drug treatment.

Several previous studies had pointed to the futility of hydroxychloroquine and lopinavir as treatments against the coronavirus. Less data has been published on interferon, a molecule produced by the immune system in response to viruses.

In their manuscript, the study’s authors called the overall findings “unpromising” and said they “suffice to refute early hopes” that any of the drugs tested “will substantially reduce inpatient mortality, initiation of ventilation or hospitalization duration.”

The remdesivir findings aren’t terribly surprising based on previous findings, but they are “still impactful,” especially given the dizzying size of the Solidarity trial, said Dr. Maricar Malinis, an infectious disease physician at Yale University.

Still, both Schwartz and Malinis noted that remdesivir might still benefit people with COVID-19 earlier in the course of their illness.

Severe COVID-19 is thought to be driven largely by an overly exuberant immune response that starts several days after the virus infects the body. Before that happens, an antiviral might tamp down the virus enough to protect a person from the immune system’s friendly fire.

Administering remdesivir after that point may be pointless, Schwartz said, adding, “The horse is out of the barn.”