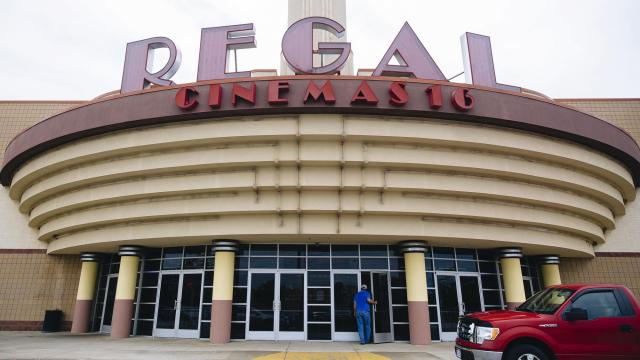 CNN — Cineworld Group, the owner of Regal Cinemas, will suspend operations at all of its theaters in the United States and the United Kingdom beginning on Thursday. The closures will affect 45,000 employees.

The news comes just days after the latest James Bond film, "No Time to Die," was delayed until spring 2021 — the latest blow to the movie industry. A second wave of coronavirus is also hitting Britain and many US states.

In a statement released on Monday, the company said it could not provide customers "with the breadth of strong commercial films necessary for them to consider coming back to theaters against the backdrop of Covid-19."

Cineworld's decision to close its theaters again has renewed fears about the ability of the company to survive the pandemic and its shares plummeted more than 42% in London on Monday.

News of the shutdown came as a surprise to many Cineworld staff. Cinema Action Group, a collective of Cineworld employees in the United Kingdom, tweeted on Saturday, "there has been no consultation with staff whatsoever."

After closing for several months during coronavirus lockdowns, the group had started reopening cinemas in July with new safety protocols in place. On Monday, the company was not able to say when its theaters might next be operational.

"Cineworld will continue to monitor the situation closely and will communicate any future plans to resume operations in these markets at the appropriate time, when key markets have more concrete guidance on their reopening status and, in turn, studios are able to bring their pipeline of major releases back to the big screen," CEO Mooky Greidinger said in a statement.

Last month, Cineworld reported a loss of $1.6 billion in the first half of 2020 as revenue slumped by 67%. It also warned of the need to raise more funds in case a second wave of coronavirus leads to more "prolonged" shutdowns. In its statement on Monday, the company said it was "assessing several sources of additional liquidity and all liquidity raising options are being considered."

More than a dozen major films, including "Black Widow," "Tenet" and "Wonder Woman 1984," have either been delayed or skipped theaters altogether and gone digital, as in the case of Disney's "Mulan."