NICHOLAS KRISTOF: Refusing to wear a mask is like driving drunk 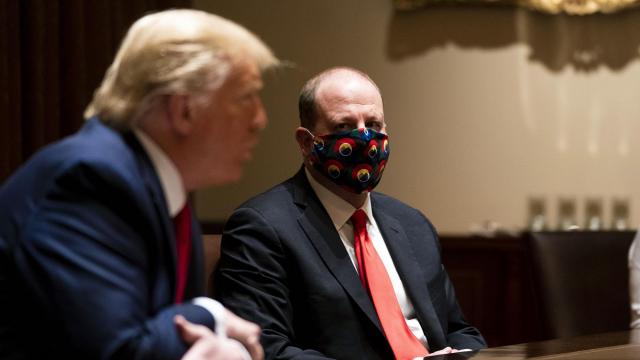 EDITOR'S NOTE: Nicholas Kristof is a New York Times columnist .  He has won two Pulitzer Prizes for his coverage of China and of the genocide in Darfur.  His latest book is "Tightrope: Americans Reaching for Hope."

As the coronavirus rages out of control across much of the United States, Americans are acting curiously helpless.

If we had been this passive in 1776, we would still be part of Britain. Yet even as we prepare to celebrate the Fourth of July, we don’t seem willing to assert independence from a virus that in four months has killed more Americans than the Korean, Vietnam, Gulf, Afghanistan and Iraq wars did over 70 years.

Here’s the simplest of steps we could take: Wear a face mask.

In the United States, mask-wearing lags, particularly among men, compared with some other countries. A poll finds that many American men regard the wearing of face masks as “a sign of weakness,” and President Donald Trump’s refusal to wear them has suggested that he perceives that masks are for wimps.

Trump may now be switching gears, for he told Fox Business on Wednesday that he’s “all for masks” and would wear one if he were “in a tight situation with people.” He shouldn’t waste time: He should tweet a photo of himself in a mask and call on supporters to wear masks as well. Refusing to cover one’s face is reckless, selfish behavior that imperils the economy and can kill or endanger innocent people.

A review of 172 studies in The Lancet medical journal found that “face mask use could result in a large reduction in risk of infection.” An article in Health Affairs found that state mask mandates, which cover about half the population, may have averted more than 230,000 coronavirus infections.

For one study this year, reported in Clinical Infectious Diseases, researchers placed hamsters with the coronavirus in cages next to those without the virus, and found that when surgical masks were used as a barrier between the cages infections plunged by more than half.

Or take a lesson from East Asian countries, where mask-wearing is more common as a sign of courtesy, that have managed to contain the virus. Dr. Kwok-Yung Yuen, an infectious diseases specialist at the University of Hong Kong, told me that a crucial reason for Hong Kong’s success against COVID-19 (less than one death per million inhabitants, compared with 385 per million in the United States) is that 97% of Hong Kong residents wear masks.

“Masking is a sign of responsible civility,” Yuen told me.

Hong Kong, like some Asian countries, distributes masks free. The United States should do the same, for the cost is negligible compared with hospitalization.

A University of Washington computer model suggests that 33,000 American lives could be saved from COVID-19 between now and Oct. 1 if more people wore masks. The implication is that inconsiderate Americans unwilling to wear them could in the next few months kill thousands of their neighbors.

“We need to do everything we can to increase mask usage,” said Kate Grabowski, an epidemiologist at Johns Hopkins University. But she added: “People shouldn’t see masks as a silver bullet. They’re not going to be 100% effective at preventing transmission.”

So even with masks, we also need distancing, hand-washing, contact tracing and bans on large assemblies. I’m also a big believer in more widespread sewage testing to provide an early warning that the virus is in the neighborhood.

To be sure, we need more research, and masks vary in effectiveness. N95 respirators work very well — so much so that they make breathing difficult. Disposable surgical masks are more comfortable though less protective, and cloth masks are reusable but less effective.

“A national face-mask mandate could potentially substitute for renewed lockdowns that would otherwise subtract nearly 5% from GDP,” Goldman Sachs said. “The economic benefit from a face-mask mandate and increased face-mask usage could be sizable.”

Republicans seem to be coming around. Vice President Mike Pence earlier eschewed masks but now says that wearing them “is just a good idea.” Sen. Marco Rubio urged, “Just wear a damn mask.” Rep. Liz Cheney tweeted a photo of her father, former Vice President Dick Cheney, wearing one, with the hashtag #realmenwearmasks. Good for them!

But Trump has resisted. Republicans talk a good game about “personal responsibility,” so it’s time for Trump to display some — and to call on his supporters to wear masks as well. As we celebrate our independence, this is how they can show patriotism, protect the economy and save the lives of their neighbors.

The White House press secretary, Kayleigh McEnany, deflects questions about Trump and masks by insisting that mask-wearing is simply a “personal choice.”

No, it’s not. Refusing to wear a mask is no more a “personal choice” than is drinking all evening and then stumbling into your car and heading down the road. In a time of plague, shunning a face mask is like driving drunk, putting everyone in your path in danger.