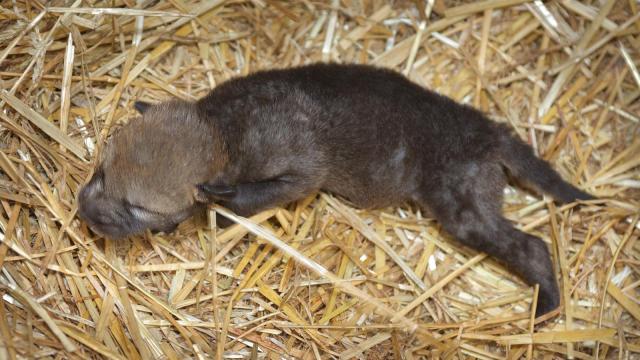 Asheboro, N.C. — The North Carolina Zoo welcomed a new addition last week, after the birth of a red wolf pup.

The male pup was born on May 3 in an off-exhibit propagation area, a zoo spokesperson said. He was the only pup in his litter, which is rare, since most litters range from three to five pups.

Zoo officials said the unnamed pup is in excellent health.

The birth marked the first time red wolves were born at the North Carolina Zoo since 2010.

Zoo officials said the pup will stay with his mother for about a year before he is separate to start a family of his own.