Red Cross volunteers from NC help out in Houston

Houston — For the first time in nearly a week, Houstonians saw the sun and the extent of the damage became clear as a group of American Red Cross volunteers from North Carolina arrived to assist flood victims.

"We can use all the help we can get, for sure," said John Tate.

People helping people could be seen in every direction, including boaters offering to take others to their flooded homes in an effort to retrieve their belongings.

Molly Satterwhite, of Rocky Mount, was one of 61 volunteers from Eastern North Carolina working with the Red Cross. 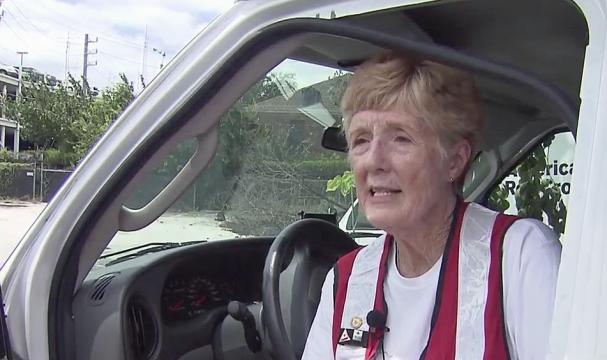 "To actually get out and help people and to make that connection, I think it will be a great benefit," she said.

Stephanie Hutchinson, of Raleigh, along with Satterwhite, manned an emergency response vehicle for the Red Cross.

"It's very humbling when you're out there and you see those situations," Hutchinson said. "I just feel very fortunate that I can do it."

Roberto Mendoza, of Goldsboro, has been volunteering with the Red Cross for 36 years. He says North Carolinians have a unique perspective due to their experience with storms.

"It's just in my nature to help, just like everybody else you see in here," Mendoza said. "We've seen it, we've lived it. So, we know what these people are going through."

"It's one thing to see the devastation on TV, but to get on the ground and see what people are having to deal with it definitely changes the way you look at things," Satterwhite said.

The volunteers make a commitment to stay at least 2 weeks, but many of them end up staying longer as they simply want to keep helping.