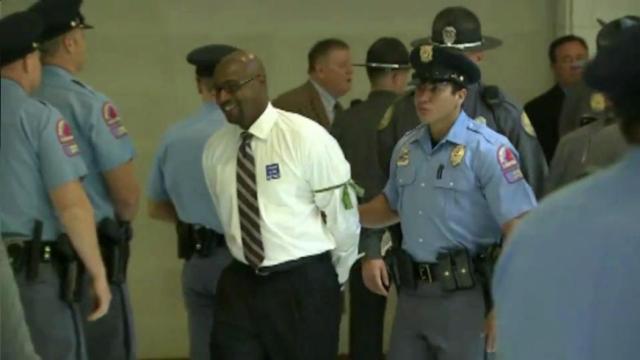 Raleigh, N.C. — A U.S. Supreme Court case involving protests at abortion clinics has led to the dismissal of charges against five people arrested last summer during a demonstration at the General Assembly.

More than 900 people were arrested last summer during the weekly "Moral Monday" demonstrations against a legislative agenda that the protesters said hurt poor and disadvantaged North Carolinians.

The protests have been more subdued this year, with only a few dozen arrests, and a judge threw out some of the new rules a legislative commission adopted to deal with the protests, ruling they were too broadly written.

Likewise, Hamilton ruled that the arrests last year by General Assembly police weren't tailored narrowly enough to deal with any disturbances in the Legislative Building.

She cited a recent Supreme Court ruling that invalidated a buffer zone Massachusetts had set up around an abortion clinic to keep anti-abortion protesters at bay. The court said a state must determine who is "actually disrupting or obstructing legitimate governmental interests" and not infringe on the free speech rights of others.

The five "Moral Monday" protesters weren't causing a disturbance, Hamilton ruled, and the General Assembly police simply rounded them up with others without first warning the group to move or be quiet.

"The defendants in the present case, who were not creating or contributing to any disturbance while attending the assembly, were subject to an unconstitutional order to disperse that imposed serious burdens on the defendants' protected constitutional rights," the judge wrote. "The state has not shown that less restrictive measures would have failed to achieve the government's interests."

As a District Court judge, Hamilton’s ruling has no effect on any pending cases involving General Assembly protesters.

"This ruling applies to the five cases Judge Hamilton heard a week or 10 days ago. We will have more cases are set to go (Tuesday) and Wednesday, and we'll see how they turn out," Mangum said.