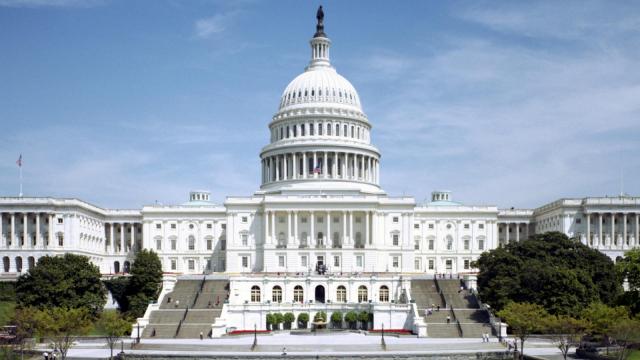 Raleigh, N.C. — Sometimes I see reported survey results that need to be taken with a grain of salt.

A surprisingly high percentage, 62 percent of respondents, said that control of the Senate was a factor for them.

Around the same time, Gallup asked a similarly worded question about control of Congress. The sample was a nationally representative one, not just of North Carolina, and it asked about Congress as a whole, not just the Senate. Still, when asked how much control of Congress mattered, 42 percent said "a great deal."

These questions are unbiased, and they are reasonable to ask, so that’s not my concern. In fact, I collaborated with Pearce Godwin, director of the American Insights poll on some of their survey questions.

Rather, I believe these polling results about party control of Congress overstate how it could affect voting decisions. I say this because other surveys also show that Americans don’t know a lot about government. If most people don't know which party has the majority in the U.S. Senate now, how can they be voting to influence which party controls the chamber?

That Americans lack civic knowledge is well established. The Annenberg Institutions of Democracy project asked Americans multiple questions about how our government works. One question asked about what happens after a 5-4 Supreme Court ruling, for example, while another asked what Americans thought about prior restraint of the press. For our purposes, the most important question asked if Americans knew which party controlled the U.S. Senate. Just 38 percent could accurately answer, "Democrats."

It's not possible that majorities can vote to ensure Democrats retain control or Republicans gain control of the Senate if majorities don’t know which party controls the Senate. To be sure, registered voters are more literate about government than a random sample of all U.S. adults. Also, North Carolinians may be better versed in this fact since this is one of the most expensive elections in the nation. Perhaps political ads are making control of the Senate a salient fact. Regardless, it is more plausible that Senate control matters to the votes of a small minority, who otherwise would be voting for another candidate.

The lesson I’d like to leave isn’t that Americans are ignorant about government. Nor is the point to say surveys results can’t be trusted, though maybe there are many reasons to be more critical of how their finding are reported.

Instead, the simple lesson is that most of the time people are answering questions on the fly rather than revealing deeply held convictions. Wouldn't you prefer to say there are good reasons for voting the way you do?