Ready to vote in NC's primaries? Here's your guide 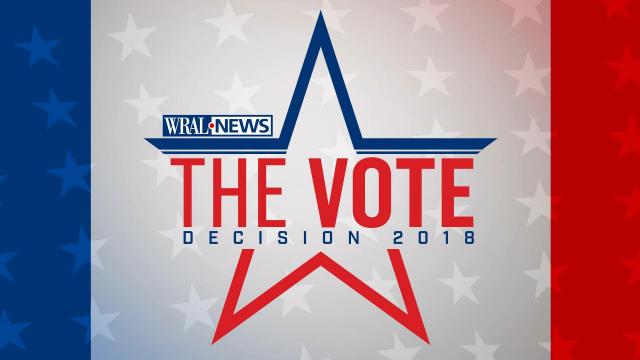 Although there are no statewide primaries, such as president, governor or U.S. senator, on the ballot this year, there are plenty of races where voters can whittle down the field of candidates before the November general election.

Where and when can I vote?

You must vote at your home precinct, the address is printed on your voter registration card, or you can search by your name online.

All polling places open at 6:30 a.m. on Election Day. Polls won't close until the last person who got in line before 7:30 p.m. has cast a ballot.

The back-and-forth legal battle over voting districts means that some will vote in a new district for their state representative. Use the interactive map to enter your address to see how your district – and the incumbents on your ballot – have been affected.

What races are on the ballot?

Most of North Carolina's 13 U.S. House seats have at least one primary, with Democratic Congressman David Price and Republicans George Holding and Robert Pittenger all face challengers.

All 170 seats in the General Assembly are up for election this year, and unlike past elections, almost every House and Senate seat will be contested. Still, not all will have a primary.

Races for seats on county boards of commissioners dominate the ballot, including five Democratic primaries in Wake County alone. Although commissioner candidates live in specific districts, they run countywide, so Wake County voters who cast a Democratic ballot will have a say in all five races.

North Carolina is an open primary state, so unaffiliated voters can choose whether they want to vote in the Republican or Democratic primaries.

A number of area sheriffs also have primaries, as do school boards in several counties, including Durham and Orange counties.

No judges are on the May ballot after lawmakers did away with judicial primaries this year while they rework judicial districts.

Do I need to bring ID?

No photo identification is required to vote in the primary. You'll need to state your name and home address when you check in at the polling place to get your ballot.