Back in the 1970s, most teens - more than 70 percent of 16 to 19 year olds, in fact - had some kind of job, according to the U.S. Bureau of Labor Statistics. But times have changed as schedules shift, extracurricular activities take priority and the country's economy makes it tough for teens to find gainful employment.

At the height of the Great Recession, the number of U.S. teens ages 16 to 19 with summer jobs dropped from 40 percent to less than 30 percent, according to FiveThirtyEight's analysis of labor statistics. In some cases, those service jobs, commonly held by teens, no longer existed. In other cases, they were taken by laid off adults, who were happy to get any job to help pay the bills.

But things seem to be on the uptick. Case in point: The number of youth work permits that the N.C. Department of Labor has issued to teens has seen a steady increase in the past four years - up from 58,675 in fiscal year 2014 to 81,478 in fiscal year 2017. That's a nearly 40 percent jump.

Mary Katherine Revels, public information officer for the N.C. Department of Labor, said awareness is one reason for the rise. The department has worked to get the word out that employers must have a youth work permit on file for teens who work for them.

But, she said, the economy also is healthier than it was a decade ago. The current unemployment rate in North Carolina is around 4.5 percent. In December 2008, it hovered around 8.7 percent.

"The economy is getting better," Revels said. "Since the program started, the word is getting out there that you have to have this. ... We also just see a general increase in it every year. It seems like more and more teens want to work. They want their own spending money." 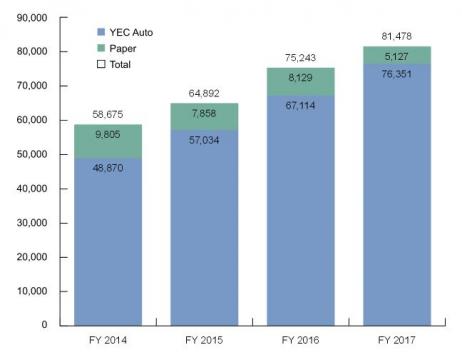 Revels said we're entering the busy season as teens look for summer employment and seek youth work permits. And, during this 2018 summer employment season, there's a big change - paper youth permit applications no longer are available. Starting in October 2017, the forms are available only online on the labor department's website.

Paper applications were eliminated when the General Assembly amended the state's Wage and Hour Act in August. The paper applications had been available through the Department of Social Services and accounted for a small percentage of total youth work permits - just 6 percent during the last fiscal year.

Now that more people have access to the internet - or can find it through their school or local library - the application is available only online, Revels said.

How old do I have to be to get a job in North Carolina?

For most employment, other than working for their parents, modeling or acting, or delivering newspapers, 14 is the magic number. You'll need to be at least 14 years old to scoop ice cream or work the checkout line. Sorry, 13-year-olds.

What hours can a teen work in North Carolina?

North Carolina restricts how long teens can work each day, depending on their age.

For teens ages 16 to 17 who are enrolled in school, they typically can't work from 11 p.m. to 5 a.m. when there is school the next day. They can, however, get an exception if they have written permission from the youth's parents or school principal. 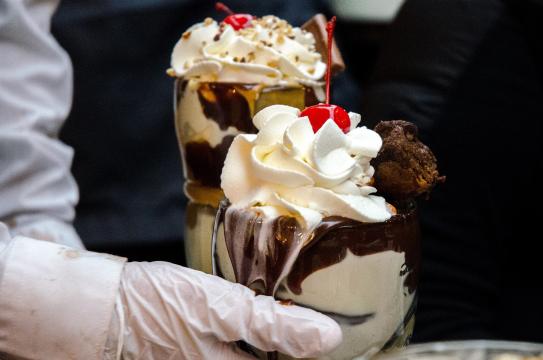 Can I take any job or are some off limits?

The Wage and Hour Act and Fair Labor Standards Act lays out 17 jobs that teens ages 18 and under can't hold - even if they are employed by their parent or legal guardian.

They include coal mining, but also motor-vehicle driving, construction work and any demolition operations. The labor department breaks it down on its website.

Can I get a youth work permit now before I get a job?

Nope. You can't get a jumpstart on that youth permit application. The teen must have a job offer before they can fill out the form. Among the questions, the application asks for the address of the company where the teen will work and what business the company is in.

Where do I find the NC youth work permit application?

In a recent redesign of the department's website, the youth work permit gets home page, front-and-center treatment. It's one of the most popular sections of the website, Revels said. Just scroll down to the "Apply for a Youth Employment Certificate" section.

What do I need to fill out the form?

Who can fill out the form?

Teens, parents, legal guardians or the employer can fill out the form. In fact, said Revels, many employers have teens fill out the form in their office so they can print out the permit and immediately file it so they know they have it on hand. 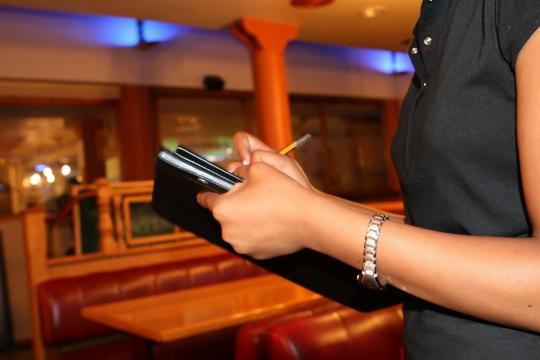 Once I fill out the form, what do I do with it?

Completed and signed certificates must be given to the employer on or before the first day of work, the labor department's website says. And employers must keep the permits on file for two years after the employment ends or until age 20.

My employer expects me to work long hours. What should I do?

If an employer is expecting a teen to work longer hours than allowed by law, in a hazardous line of work or is violating some other law, teens and parents are encouraged to contact the labor department to file a complaint. Call 800-NC-LABOR.