Morrisville, N.C. — Air traffic controllers and TSA agents at the Raleigh-Durham International Airport are among some of the 800,000 federal workers who went without pay during the 35-day shutdown, the longest in U.S. history.

The government reopens Monday, and RDU employees and other federal workers affected by the shutdown should be getting back pay this week.

That relief, however, may be short-lived. The measure signed Friday only keeps the government open until Feb. 15.

On Friday, the impact of the shutdown was still glaring at RDU when many flights were delayed after a ground stop at some airports. The ground stop showed the effects of workers not showing up because of the financial hardships they faced.

On Monday, activity at the airport was busy again, but it could be interrupted if an agreement is not reached before the Feb. 15 deadline.

Meanwhile, frequent flyers at RDU are expressing their appreciation for the TSA workers who continued to serve them even without pay. 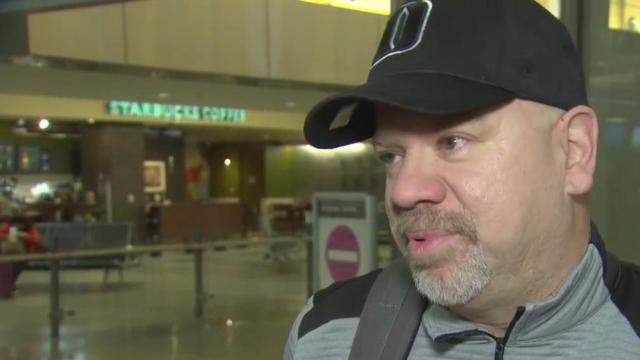 "For me personally, it wasn't that much of an inconvenience," said Miguel Pinerio, a frequent traveler. "I think people were really patient with the workers and understanding, so it kind of brought out the best in us, if you will."