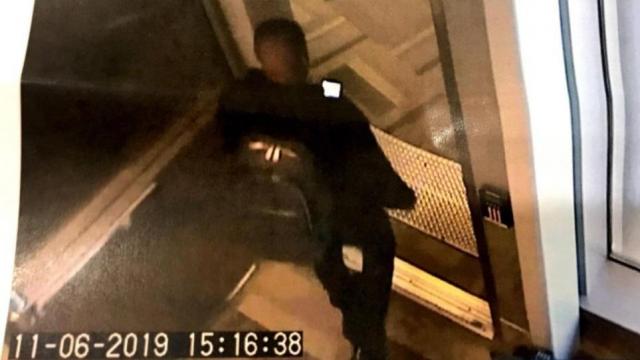 A Delta Airlines passenger's checked bag was revealed to have a "large amount of concealed cash" when put through scanners, according to officials at Raleigh-Durham International Airport. Reports said the money was in mixed denominations of what appeared to be mostly $20 bills, banded together in vacuum-sealed bags and hidden within a fleece blanket.

Investigators believe the contents of the bag will aid in revealing further evidence in a money laundering or controlled substance trafficking operation. 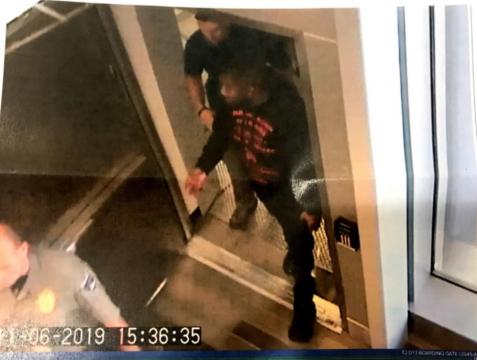 Gate footage showed Guy Lamar Wilson, a traveler from San Francisco, in possession of the bag, which was described as a Louis Vuitton black and gray checkerboard backpack. Officials said Wilson's criminal history revealed a host of controlled substance felony charges from California, including three different cases of selling marijuana in 2016, 2017 and 2019. His North Carolina record revealed two misdemeanor marijuana charges and a felony flee to elude charge from 2018.

Wilson was contacted at the gate. Officials said during his interview he was unable to substantiate his claims of how he came into possession of the large amount of cash. Wilson said the cash was his life savings, which his girlfriend in North Carolina had been keeping for him. 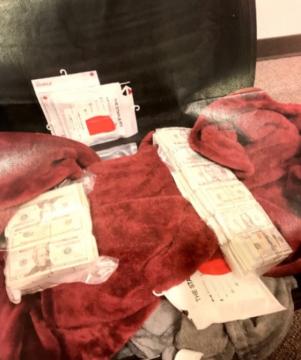 Officials said he was also unable to prove claims of being in the fashion industry as a clothing designer. Officials took his phone and money as evidence and arrested him for outstanding warrants in Guilford County.